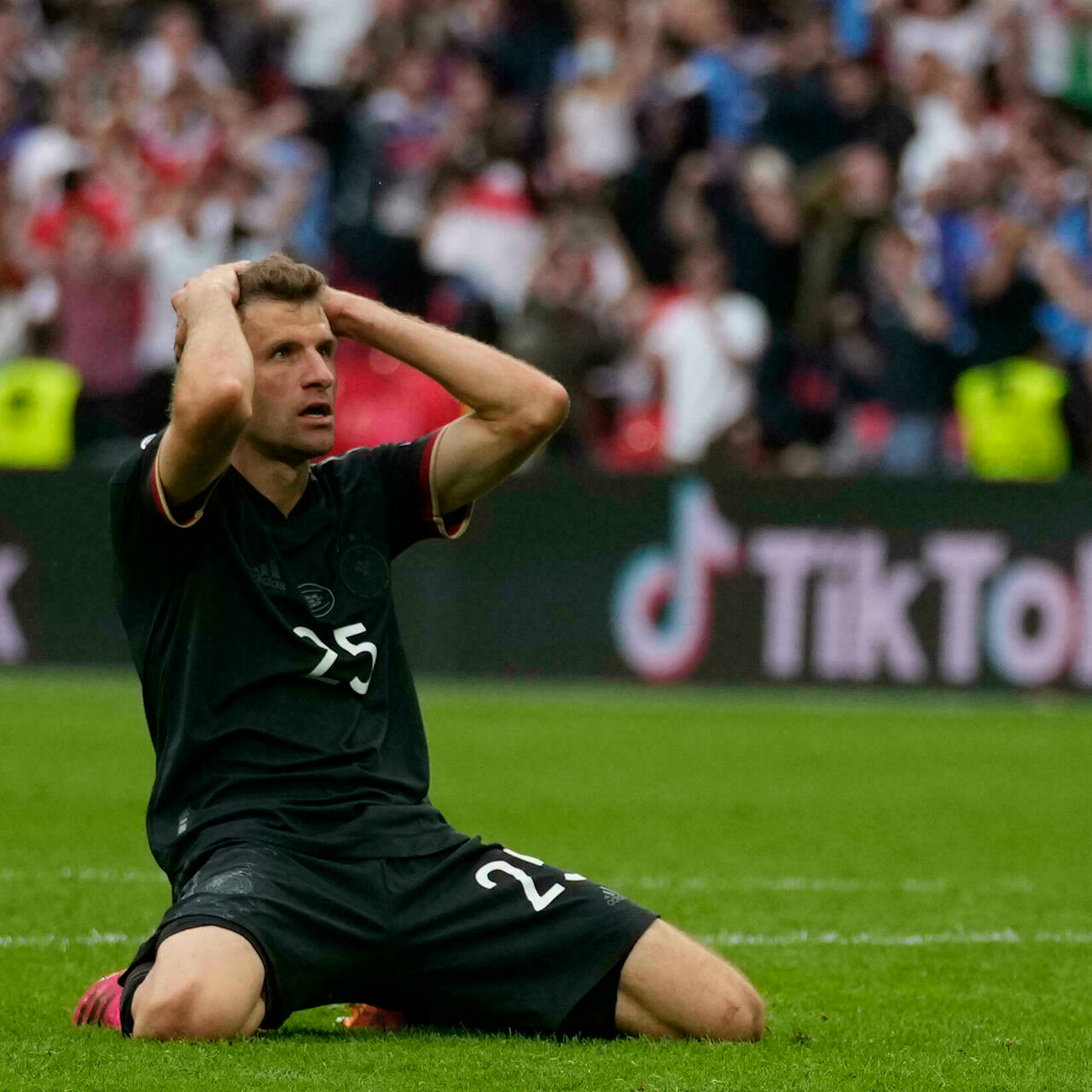 Joachim Loew walks away after 15 years in charge of Germany leaving a misfiring side short of confidence and his successor Hansi Flick already under pressure to turn things around before next year’s World Cup.

The Germans bowed out of Euro 2020 after a disappointing display in the 2-0 last 16 defeat to England on Tuesday at Wembley, which was Loew’s 198th and final game in charge.

Yet the figures mask the reality of tears in the German dressing room at Wembley following the latest painful defeat as, once again, Germany struggled to finish their chances.
Loew had the high of winning the 2014 World Cup, including the remarkable 7-1 thrashing of hosts Brazil in the semi-finals, but his tenure was tarnished by the low of finishing bottom of the group four years later in Russia, which still haunts the Germans.

“In these 15 years, there were a lot of things that were very positive,” Loew insisted at Wembley.

“We have developed steadily, the World Cup title in 2014, the Confederation Cup victory in 2017 with a young team.

“There have been moments that are unforgettable,” added the 61-year-old.

Yet Loew admitted his team had experienced “some problems since 2018” and that there had been “a lot of difficult periods” like the unforgettable 6-0 thrashing by Spain last November, which sparked his decision to step down.
His replacement, one-time assistant Hansi Flick, inherits a team that still needs to get its bid for qualification for the 2022 World Cup back on track after a shock home defeat to minnows North Macedonia in March.

When Thomas Mueller wasted a golden opportunity to equalize at Wembley with the goal at his mercy, it was typical of Germany’s recent struggles in the final third.

READ ALSO:  Argentina’s Lionel Messi marked his record 148th international with two goals in a 4-1 victory over Bolivia at the Copa America on Monday

A 4-2 thrashing of Portugal in the group stages only papered over the cracks running through a team that can dominate possession, yet struggle to use it.

Germany certainly has the talent.

As Loew says, fledgling leaders like Joshua Kimmich and Leon Goretzka “will take a big step forward in the next two or three years and be at the peak in 2024” when Germany hosts the next European Championship.

Yet Flick is expected to take a team to the next World Cup that will at the very least be competitive. A convincing win in the qualifier against minnows Liechtenstein in his first game on September 2 would be a good start.

As the Berliner Zeitung newspaper gloomily commented in the aftermath of the Wembley defeat, “Loew leaves his successor Flick a complicated legacy”.

Loew treated his football-mad nation to consistent success up until the 2018 World Cup so the fall from grace, from top-ranking to currently 12th in the world, has been hard on German supporters.

“The ambition, the will, the fighting spirit was missing,” said 2014 World Cup winner Lukas Podolski.

“It all seemed so bleak. If you look at the players’ faces – nothing is happening.
“I think a fire could break out in the stadium, they would stay on the pitch,” he added.

Podolski fears for the future: “It’s not like we have ten other players who weren’t picked, but should have been there.”

Flick, who steered Bayern Munich to a treble of Bundesliga title, German Cup and Champions League in 2019/20, is determined to get Germany back to their best.

“I see the class of the players, especially the youngsters in Germany, so we have every reason to approach the upcoming tournaments with optimism,” Flick said in May.

His job remit is crystal clear.

“We have a big common goal – to get back to the top of the world,” said his boss Oliver Bierhoff, director of the Germany team.