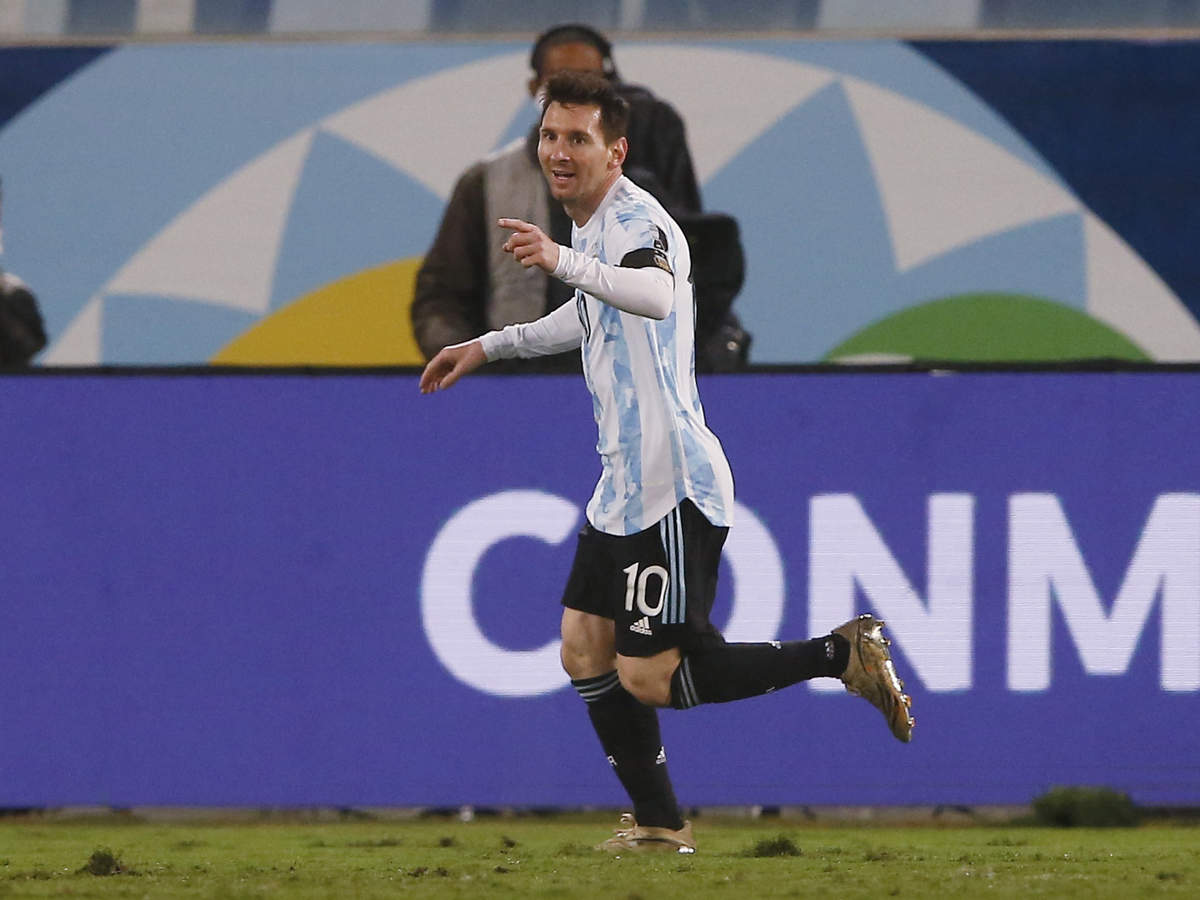 Messi — who had equaled Javier Mascherano’s Argentinian caps record of 147 last week — marked his 148th appearance in style, setting up the opening goal before bagging a brace of his own.

The victory at Cuiaba’s Arena Pantanal stadium sees Argentina advance to a quarter-final on Saturday against Ecuador, the fourth-placed finishers from Group B.

Bolivia, who had already been eliminated after three defeats in their opening three games, were outclassed from the outset by a rampant Argentina.

The Argentines almost took the lead after three minutes, only for Bolivia goalkeeper Carlos Lampe to pull off a remarkable double save from Sergio Aguero and Angel Correa in quick succession.

But Argentina did not have to wait long for the breakthrough when Messi’s delightful chipped pass released Papu Gomez who volleyed past Lampe to make it 1-0 after six minutes.

Argentina doubled their lead on 33 minutes when Gomez was brought down in the area by Bolivia’s Diego Bejarano.

Messi duly stepped up to convert the penalty to put Argentina firmly in control.

But Argentina reasserted their dominance and it was Messi who made it 3-0, latching on to a clever lofted pass from new Barcelona team-mate Aguero and lobbing a cheeky finish over the advancing Lampe.

Bolivia pulled a goal back in the 60th minute with a cleverly worked move, Chura’s deft backheel releasing Leonel Justiniano down the right flank who crossed for Erwin Saavedra to score.

Argentina responded swiftly though, substitute Lautaro Martinez tapping in from close range in the 65th minute just two minutes after coming on for Aguero.

In Monday’s other Group A game, Uruguay clinched second place in the table after downing Paraguay 1-0 in Rio de Janeiro.

Edinson Cavani’s first half spot-kick proved decisive for ‘La Celeste’, sending Uruguay into a quarter-final against Colombia on Saturday.

Paraguay finished third and will now play Peru on Friday. Chile, who finished fourth in Group A, face a daunting task against hosts Brazil on Friday.