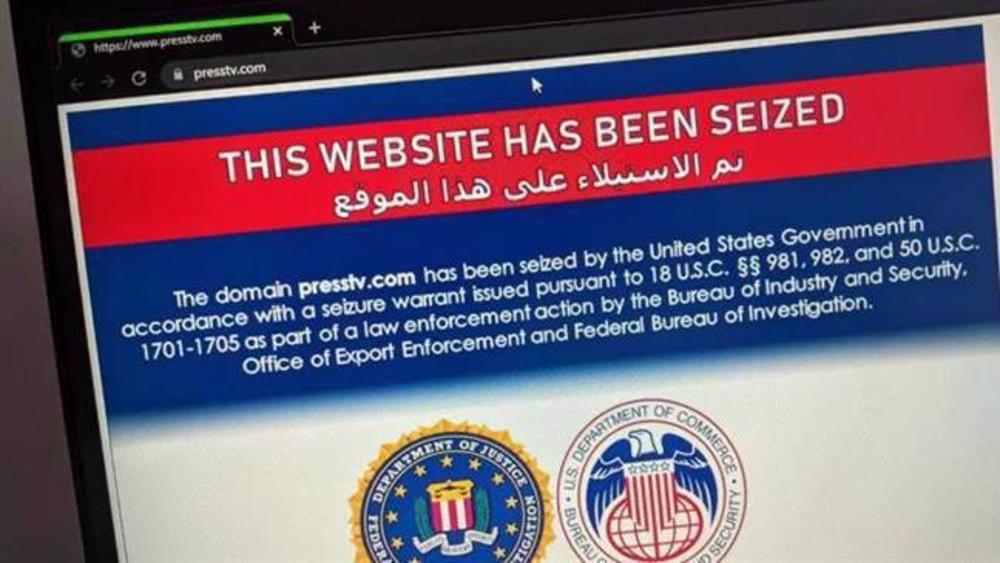 The head of the Islamic Republic of Iran Broadcasting (IRIB) has slammed attempts by the US-led global arrogance and Zionism to throw a wrench in the work of media platforms promoting the cause of the resistance front, saying such pressure will not deter the pro-resistance media outlets from moving forward.

Addressing the 10th session of the General Assembly of the Islamic Radio and Television Union (IRTVU) via video conference on Tuesday, Abdol-Ali Ali-Askari said that enemies would not benefit from the recent seizure of dozens of websites domains connected to Iranian and pro-resistance media outlets.

“Media outlets of the resistance front and Muslim world are growing with utmost power and we will soon witness their further progress in various fields,” he added.

He described the IRTVU as a “very strong and constructive” union that has succeeded in making great achievements to confront the Western media war and in the face of the US and West hegemonic system.

The IRIB chief criticized the US government’s violation of freedom of speech and said Islamic media outlets, despite certain shortcomings, revealed the global arrogance’s desperation and weakness and would not stop fighting for the right path, despite such attacks.

Referring to the US’s failed domestic and foreign policies, particularly its presence in the West Asia region, Ali-Askari emphasized that Washington would definitely face defeat soon, while a bright future awaits the Muslim world.

The US Justice Department announced on Wednesday that it had seized 33 media websites used by the Iranian Islamic Radio and Television Union, as well as three of the Iraqi anti-terror Kata’ib Hezbollah group, which it said were hosted on US-owned domains in violation of sanctions.

It came a day after a message appeared on the websites of a series of Iranian and regional television networks that claimed their domains had been “seized by the United States Government,” accompanied by the seals of the Federal Bureau of Investigation and the US Commerce Department.

The notice, which also appeared on the website of the English-language TV news network Press TV, cited US sanctions laws as the reason for the seizure.

Over the past years, the United States has, for several times, taken similar measures against Iranian media outlets, especially Press TV, whose accounts on Twitter, Instagram, and Google-owned services have been targeted.