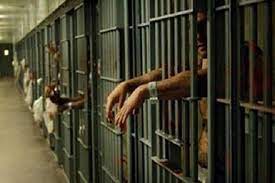 On June 10, a political prisoner serving a life sentence in Bahrain died after contracting COVID-19. The tiny kingdom in the Persian Gulf has come under pressure from human rights organizations over poor prison conditions.

Since the March outbreak of the disease in Bahrain’s main prison, Jau, families have been holding protests demanding the release of political prisoners and better conditions; all in vain.

A prisoner, 48, a Shia Muslim, was taken from prison to the Salmaniya Hospital on May 29 and was placed on a ventilator in an ICU unit. Shortly thereafter, he slipped into a coma and died a few days after.

Husain Barakat, the prisoner in question, was sentenced in 2018, along with 53 other individuals, to life in prison in a mass trial of 138 Bahraini citizens due to their opposition to the regime’s decades-old discrimination and tyranny.

He was also stripped of his citizenship, which was later restored by royal decree.

Reportedly, there were 15 prisoners in Barakat’s cell, which had only 10 beds, hence some of the inmates had to sleep on the floor.

READ ALSO:  Ethiopian troops are seen in the Tigrayan capital, Mekelle, in Ethiopia

Bahraini human rights activist Maryam Khawaja, whose own father is imprisoned in Jau, said Barakat told his wife during his last phone call that he could not breathe and was “going to die”.
The fact is since the outbreak of the coronavirus inside Bahrain prisons, preventive measures inside prisons have not been implemented, and the authorities continue the policy of deliberate medical neglect.

They are known or known for their unhealthy environments, and lack of basic necessities, especially at this dire time and at this crucial time of the pandemic outbreak prisoners as we know, normal patients, the people who are outside the prison suffered a lot, so what about of all those who are in prison already suffering.

Meanwhile, dissolved Bahraini opposition group al-Wefaq has called for the release of prisoners of conscience since the start of the pandemic.

According to Americans for Democracy and Human Rights in Bahrain (ADHRB), a second outbreak at Jau began on 22 May and has infected an estimated 60 percent of the 255 political prisoners housed at Building 12 of the prison.

An earlier outbreak in March saw at least 140 inmates infected with the virus. Bird estimates that the total number of COVID-19 cases in both Jau and the Dry Dock Detention Center has far exceeded 200 cases since March.

Speaking from inside the Dry Dock Detention Centre, inmate Ali Al Hajee said: “Most prisoners are mistreated, physically and mentally. It’s always the same thing – torture and a lack of proper medical care.”

Particular concern has been raised about the aging leaders of the 2011 pro-democracy uprising, including Hassan Mushaima, who is in his 80s and suffers serious health conditions placing him at high risk from coronavirus.

The only crime of political prisoners is that they have called for an elective government, for a constitutional monarchy, for a new constitution that guarantees their rights, their freedoms; which tolerate all citizens equally.

In the words of Husain Abdulla, Executive Director at ADHRB, “Following this tragic death, the Biden administration and the UK government must make it clear to their Bahraini allies that holding political opponents as hostages will no longer be tolerated.

Husain Barakat’s son, Ali Barakat, is also serving a 22-year-sentence in Jau, after being convicted on political charges in a separate case when he was just 16.

Despite an earlier outbreak of Covid-19 at the prison in March and April 2021, the prison administration had still failed to distribute face masks or hand sanitizers to protect prisoners.

Overcrowding in Bahrain’s prisons is a long-standing concern that makes social distancing impossible.
In early April, inmates at Bahrain’s Jau prison protested against a lack of medical treatment and fearing for their lives after the death of another inmate. Prison authorities instead threw stun grenades beating inmates with batons to force them back inside their overcrowded cells.

Husain Barakat’s death could have been avoided had the Bahraini regime heeded calls to set free political prisoners so as to prevent the spread of the virus.

With overcrowded cells, unsanitary conditions, and a lack of preventative measures, this disastrous outbreak seems to continue and claims more lives of those whose only crime was calling for freedom and democracy.