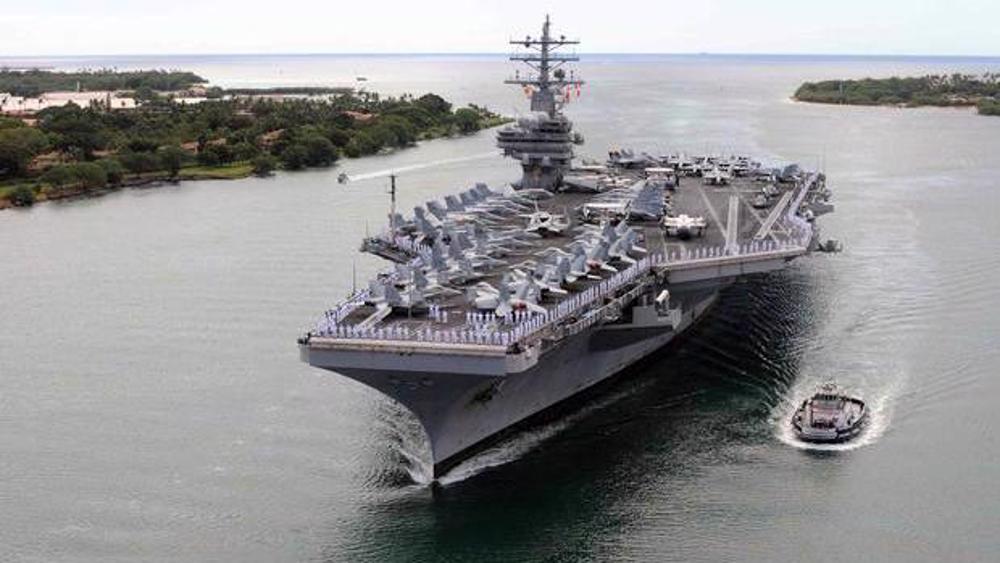 The USS Ronald Reagan aircraft carrier strike group is currently in the Middle East to help support the withdrawal of American forces from Afghanistan, the US Navy has announced.

The Japan-based carrier, along with the cruiser Shiloh and destroyer Halsey, entered the Fifth Fleet area of operations on Friday, said a statement from the strike group as cited in a report by the Military.com news outlet.

“While in the US 5th Fleet area of operations, the Ronald Reagan CSG will operate and train alongside regional and coalition partners, and provide airpower to protect US and coalition forces as they conduct drawdown operations from Afghanistan,” the statement further explained.

The Reagan joins another US aircraft carrier, Dwight D. Eisenhower, and its strike group, which have been in the area since April supporting “Operation Inherent Resolve,” according to the report.

It further added that the Eisenhower’s deployment was extended shortly after its arrived in the region following the White House announcement that it would withdraw all US troops from Afghanistan by September 11 or earlier.

Meanwhile, US Defense Department Press Secretary John Kirby also declared in April that the Eisenhower’s extension, as well as the deployment to the region of additional B-52H bombers, was approved in case Taliban militants attempted to attack US forces as they withdrew from the war-torn nation.