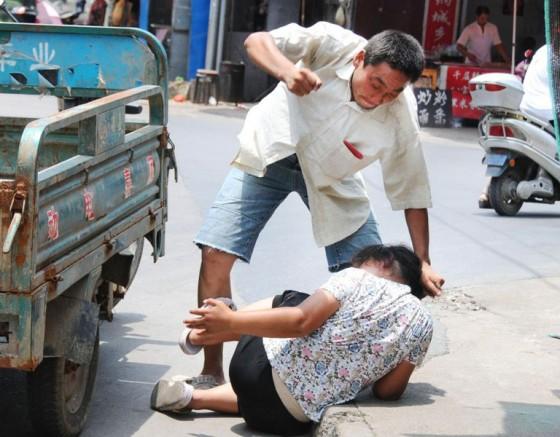 A 45-year-old man simply identified as Mr Christopher, on Saturday night in Benin, beat his 39-year-old wife to death over N2,000.

The News Agency of Nigeria (NAN), reports that the incident happened at No.1, Agbontaen Street, beside Ebvareke Secondary School, off Agboniro Street, Uselu, Benin City.

The man was said to have beaten up his wife, Mrs Isoken Christopher, a mother of three following her failure to give him the N2, 000 loan he requested from her.

The eldest child of the deceased, Augustine Christopher, noted that his mother was hale and hearty before the sad incident.

The 13-years old boy explained that his father, who is a menial worker with a waste manager in Benin, always beat his mother at the slightest provocation.

According to him, the event that led to his mother’s death started with a phone call from his father to his mother where he requested for N2,000.

“Following the call, my father came home at about 9pm and started beating her and accused her of always embarrassing him each time he requested for money.

“After the beating, I was trying to give my mother paracetamol and water she asked when my father took the water and drug from me and threw it away.

“It was after then she went out to pour water on her body and later lay down outside.

“My father locked us (children) inside the room and went out to pounce on my mother where she was lying down outside, already weak from the previous beating.

“That was when neigbours came and rushed her to two different hospitals, where she was both pronounced dead on arrival,” he explained.