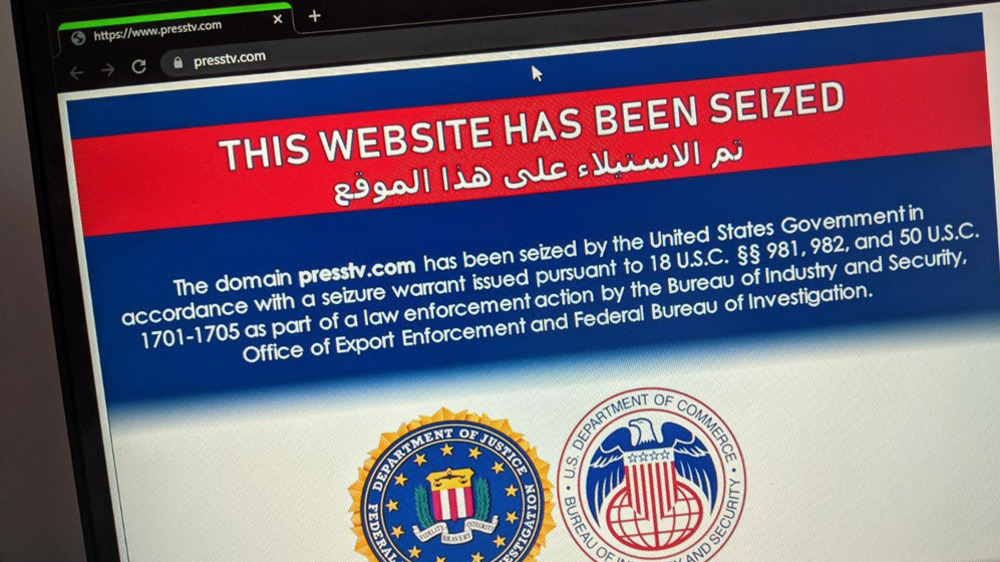 US analysts have acknowledged that America made a big mistake by seizing several Iranian sites, including Press TV, and Iran should take the US to The Hague over it

The United States has committed a cyber-piracy by seizing the domain of Press TV, and Iran should take the US to The Hague over it, according to Myles Hoenig, an American political analyst and activist.

Hoenig, a former Green Party candidate for Congress, made the remarks in an interview with Press TV on Sunday after the US Justice Department announced on Wednesday that it had seized 33 media websites used by the Iranian Islamic Radio and Television Union, as well as three of the Iraqi anti-terror Kata’ib Hezbollah group, which it said were hosted on US-owned domains in violation of sanctions.

It came a day after a message appeared on the websites of a series of Iranian and regional television networks that claimed their domains had been “seized by the United States Government,” accompanied by the seals of the Federal Bureau of Investigation and the US Commerce Department.

The notice, which also appeared on the website of Press TV, cited US sanctions laws as the reason for the seizure.

“Piracy on the high seas is an age old bane of world trade and there are plenty of international treaties and laws to deal with it. Tangentially, the US declaring that it is NOT a Christian nation goes back to the Treaty of Tripoli (1796), which dealt with Barbary piracy. But what about journalistic and cyber-piracy?” Hoenig said.

“The US committed such a violation when it seized the domain of Press TV. What right did it have to do that? Regardless of its content, it belongs to a sovereign nation. Furthermore, many notable American political analysts have been contributors over the years. Counterpunch has shared many of these contributors. Will President Biden shut down Counterpunch as it attacks US policies?” he asked.

“Interesting that the Biden administration, and previous ones, leave alone right wing, white supremacist web sites. Even though these sites often rail against the US government, and promoted the insurrection of January 6, many of its readers are highly placed throughout local, state, and federal government agencies. The US military itself promotes the idea that Socialism is ‘terrorist ideology’. We see where all this is heading,” the analyst said.

“Iran’s case is different in that it is an attack on a foreign country that has shown no threat to the US, not unusual for US foreign policy. Iran has few options in how to deal with this. But there are some they can, or should, consider; everything from forming a bloc of nations fed up to the hilt with US imperial designs on the rest of the world, take the US to The Hague, and take it to the UN. Little will come of any of these but the publicity can only help to erode the sheen of the new president in world opinion,” he said.

“One last option, and a more practical one, is to withdraw from the nuclear arms negotiations until the domain is restored, as well as sanctions lifted. The US may stand alone in committing these belligerent acts, but the other nations that form the JCPOA team are complicit if they do nothing to force the US to reverse its positions,” he concluded.