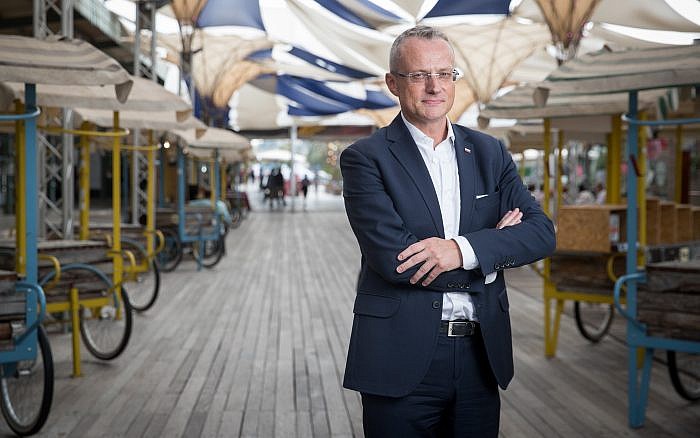 Pavel Jablonski on Sunday cited that the Israeli ambassador has summoned for his interference of the Israeli interim ambassador in the internal affairs and legislation of the Polish parliament, as well as the recent remarks of Israeli Foreign Minister Jair Lapid against the Polish government.

Poland believes it will not pay any compensation to Tel Aviv for Nazi Germany’s actions, contrary to the Israeli foreign minister’s claim.

“I can only say that as long as I am prime minister, Poland will definitely not pay for the crimes of Nazi Germany,” Morawitsky told a news conference.

He made the remarks while his foreign minister had previously said that Poland was not responsible for the Holocaust at all, and that this was an (alleged) act committed by the Nazis.

In a vote Thursday, the Polish parliament passed a law banning claims and complaints related to the return of property seized by the Nazis during World War II that had not been resolved for the past 30 years. Any appeals issued during the last 30 years are also prohibited.

The Times of Israel also reported on Sunday that Tel Aviv had summoned Polish Ambassador Mark Magirowski in protest of a new law passed by the Polish parliament.

The Zionist regime claims that the new law prevents the survivors of Polish Jews and their families from getting their property back, and that includes 90% of these claims.

Lapid claims that this law is immoral and will darken relations between the regime and Poland.

Lapid’s claim for possession of land once held by Jews living in Poland comes as the Zionist regime continues its aggressive settlement policy, forcibly evicting Palestinians from their homes and denying them any rights.