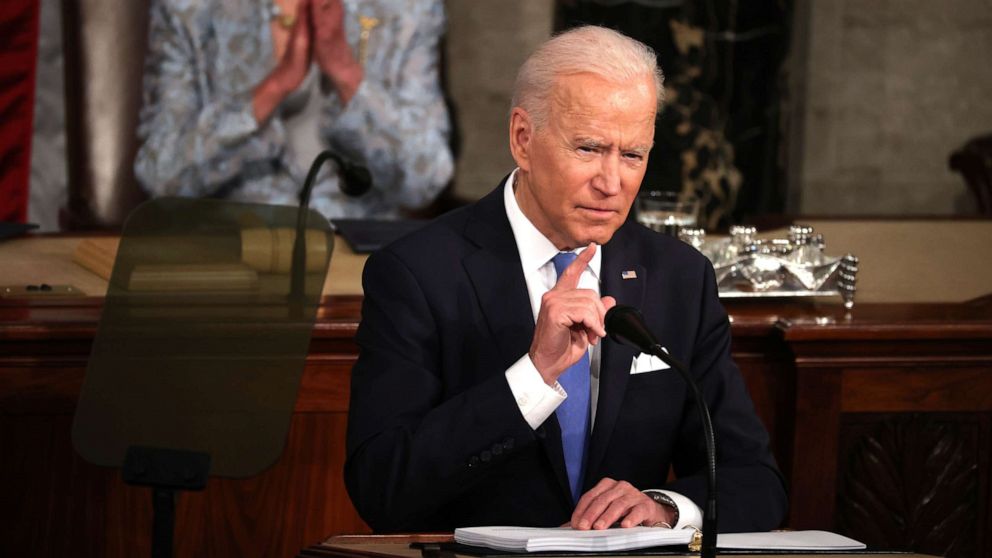 US President Joe Biden laid out new measures Wednesday to tackle America’s gun crisis against a backdrop of surging violent crime that his Republican rivals have seized on for weeks.

And with major cities seeing alarming spikes in shootings, homicides and armed robberies, the president warned Americans that the uptick could carry into the summer, following months of coronavirus lockdowns.

he added, apparently in response to Republican critics who warn the president’s efforts at gun control amount to constitutional overreach. The president pointed to what his administration has acknowledged is a spike in violence — homicides in the first quarter of 2021 were up 24 percent over the same period last year, it said — as justification for stricter gun laws.

READ ALSO:  Popstar Britney Spears has spoken out against her conservatorship at a hearing in Los Angeles

“We have an opportunity to come together now, as Democrats and Republicans, as fellow Americans, to fulfil the responsibility of government in our democracy: to keep each other safe,” he said, urging Congress to act on sensible gun control legislation.

Violent crime has risen over 18 months as the nation grappled with the coronavirus outbreak that shook the economy.

“As we emerge from this pandemic,” Biden said, “an additional summer spike may even be more pronounced than it usually would be.”

His plan addresses ways stemming the flow of firearms used to commit violence.

Biden also signalled that authorities would crack down on what he described as “merchants of death” who supply the bulk of weapons used in crimes.

Nine of every 10 illegal guns found at crime scenes were sold by just five percent of the nation’s gun dealers, he said.

Biden announced that the administration would collaborate with 15 cities committed to using leftover pandemic funding — including Los Angeles, Atlanta, Baltimore and the capital Washington — in anticipation of potential summer spikes in violent crime.

Many Democrats have sought for years to pass tougher gun control measures. But the efforts have repeatedly failed since the 2012 shooting at a Connecticut elementary school where 26 people died, with Republicans often uniting in opposition.

The House of Representatives passed two bills in March aimed at enhancing background cheques and closing a loophole related to a deadly 2015 church shooting in Charleston, South Carolina.

But they are unlikely to pass the Senate, where Democrats would need at least 10 Republicans to vote with them to reach the 60 votes necessary to advance the legislation.

Republicans, keen to make violent crime a campaign issue in next year’s midterm elections as they seek to win back the House and Senate, are highlighting how offences have skyrocketed in Biden’s America

“Numbers don’t lie. This is their crime crisis,” number three House Republican Elise Stefanik tweeted, adding that Biden policies have contributed to a 64 percent rise in shootings in New York City this year compared to the same period last year.

Congressman Richard Hudson repeated a theme gaining traction among conservatives: that progressive calls to defund the police have led to a dangerous rise in crime.

“President Biden’s answer: Propose even more gun control measures today that only harm law-abiding citizens,” Hudson tweeted. “Instead of gun control, we need to support our good police officers and end this #BidenCrimeCrisis.”