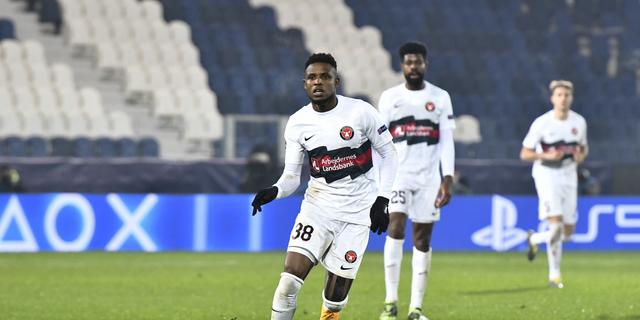 Onyeka, who plays in Denmark with FC Midtjylland, is set to be the first summer signing for the Danish club’s sister club Brentford.

According to Sky Sports, the move is subject to a work permit following positive talks.

A deal between Brentford and FC Midtjylland is a formality to conclude because the same person owns both clubs.
The 23-year-old defensive midfielder has impressed since he started playing with FC Midtjylland’s senior side in 2018.

He won the Danish Superliga title twice with FC Midtjylland with a significant role in the 2020 title win when he was named the Club’s Player of the Year.

In the 2020/2021 season, he played in the Champions League group stage, where he came up against Liverpool.