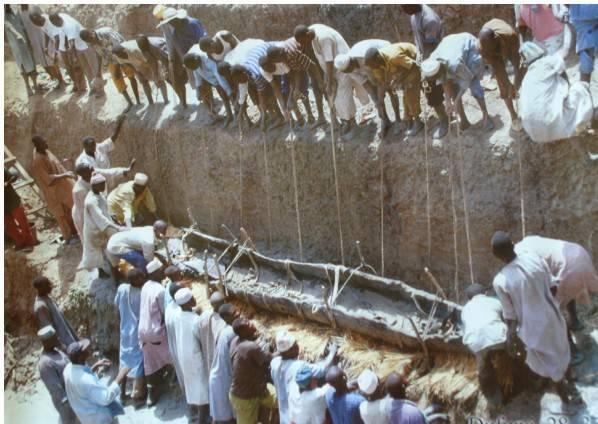 Nigeria has two sites that are officially recognized by the World Heritage Sites while 12 others are on the tentative list. Nigeria is indeed a beautiful country and full of extraordinary discoveries.

This is encapsulated by the listing of some of Nigeria’s exciting and interesting destinations on the United Nations Education Scientific and Cultural Organization (UNESCO) World Heritage Site.

Perhaps, this list will convince travelers that Nigeria is an awesome destination for a vacation.
Five of the extraordinary discoveries in Nigeria includes:

They enclose 6500 square kilometers that connected about 500 communities. At over 16000km long, it was thought to be twice the length of the Great Wall of China, until it was announced in 2012 that the Great Wall is about 21,000km long.

ALSO, READ:  Nigeria ranked the third country with the most spoken language

2. Nigeria is the Twin Capital of the World

Igbo-Ora, a little town in Oyo State, Nigeria, has been nicknamed the Twin capital of the World because of its unusually high rate of twins that is put as high as 158 twins per 1000 births. Locals boast that every family in the town has at least one twin!

3. The discovery of the Dufuna Canoe, Africa’s oldest boat

Africa’s oldest known boat, the Dufuna canoe was discovered in Dufuna village, Yobe state, by a Fulani Herdsman in May 1987, while he dug a well.
Various radio-carbon tests were conducted in laboratories of reputable universities in Europe and America and results revealed that the canoe is over 8,000 years old, thus making it the oldest in Africa and 3rd oldest in the world. The discovery of the canoe has completely changed accepted theories of the history and sophistication of marine technology in Africa.

Sungbo’s Eredo, a 160 km rampart equipped with guard houses and moats, is reputed to be the largest single pre-colonial monument in Africa. It is located in present-day Ijebu-Ode, Ogun State, and was built a millennium ago.

The technological advancement of the building of this moat required more earth to be moved during construction than that used for building the Great Pyramid of Giza (one of the Seven Wonders of The Ancient World).

The most astonishing thing is that Sungbo’s Eredo was the biggest city in the world (bigger than Rome and Cairo) during the Middle Ages when it was built.

It was constructed as a shield during the war and was built around 800 AD and 1,000 AD. The forest where the wall is located is purported to be the final resting of the Queen of Sheba. It is located in Ijebu-Ode, Ogun state.

Built between 1095 and 1134 by Sakri Gijimasu and completed in the 14th century, the Kano city wall tells the story of Kano in a nutshell.

The solid walls were constructed using mud and an ancient technique to fortify the city. In fact, parts of the wall are still standing till today.