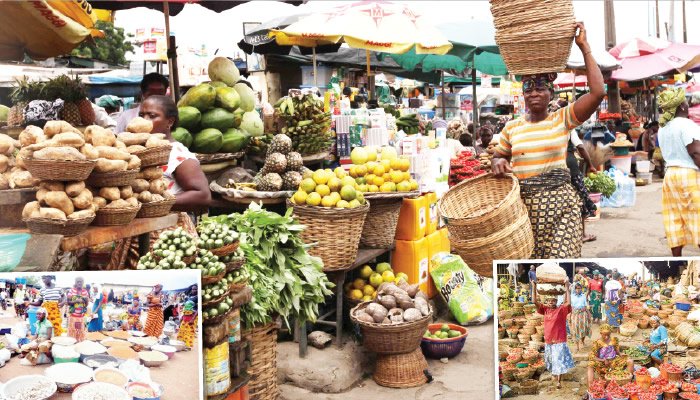 Nigeria is among six countries in Africa with worse food crises and some 13 million Nigerians risk falling into acute food insecurity, the 2021 Global Report on Food Crises (GRFC 2021) has stated.

The GRFC is prepared by 16 leading global and regional organisations belonging to the Global Network Against Food Crises.

The other countries with worse food crises were Ethiopia, South Sudan, the Sudan, and Zimbabwe, Republic of the Congo.

Nigeria, the report noted , is expected to see a serious deterioration in food security ,while as many as 13 million people could fall into acute food insecurity during the lean season.

According to report, the number of people around the world facing severe food insecurity skyrocketed by 20 million in 2020. Also, acute food insecurity now affects at least 155 million people across 55 countries and territories, with some regions facing famine-level hunger.

In West Africa and the Sahel, the report said market disruptions, rising food prices, and falling incomes stemming from COVID-19 containment measures also contributed to increasing hunger in the region, as did severe flooding in some areas.

The GRFC 2021 highlighted the remarkably high severity and numbers of people in crisis or worse or equivalent in 55 countries and territories, driven by persistent conflict, pre-existing and COVID-19-related economic shocks, and weather extremes. The number identified in the 2021 edition is the highest in the report’s five-year existence.

Meanwhile, WFP has warned that famine – already present in four countries – could become a reality for millions of people around the world, without urgent funding to stave off a catastrophe, and without access to families cut-off by conflict.

“I am heartbroken at what we’re facing in 2021. We now have four countries where famine-like conditions are present,” said WFP’s Executive Director David Beasley addressing WFP’s Executive Board on 21 June.

“Meanwhile 41 million people are literally knocking on famine’s door. If you look at the numbers, it’s just tragic – these are real people with real names. I am extremely concerned,” he warned.

Recent assessments show that tragically, 584,000 are already experiencing famine-like conditions (IPC phase 5/Catastrophe) in Ethiopia, Madagascar, South Sudan and Yemen. Nigeria and Burkina Faso are also of particular concern because they have in recent months had pockets of people in IPC phase 5.

Recent WFP analyses show that 41 million people are teetering on the very edge of famine (IPC phase 4/Emergency) in 43 countries, and the slightest shock will push them over the precipice. This number has risen from 27 million in 2019.

Conflict, climate change and economic shocks have been driving the rises in hunger, but pressures on food security are being compounded by soaring prices for basic foods this year.

Global maize prices have soared almost 90% year-on-year, while wheat prices are up almost 30% over the same period.

This year, WFP is undertaking the biggest operation in its history – targeting 139 million people this year. With sufficient funding and access, WFP has the expertise to provide all those who risk famine in 2021 with life-saving food and nutritional assistance.

“I want to emphasize just how bad it is out there. Today, 41 million people are literally knocking on famine’s door. The price tag to reach them is about US$6 billion. We need funding and we need it now,” Beasley warned.