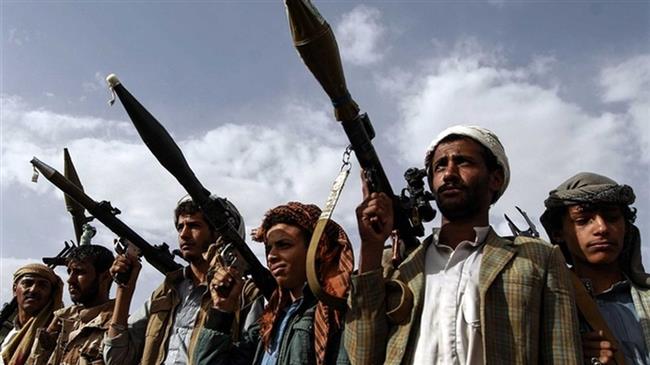 The spokesman for Yemen’s popular Ansarullah resistance movement says the United States is pursuing its own interests and plots in the Arab country under the guise of humanitarian issues and is by no means serious about ending the Saudi-led military aggression and siege against the Yemeni nation.

Mohammed Abdul-Salam told the Arabic-language al-Masirah television network in an exclusive interview on Friday that the removal of the brutal siege against Yemen must not be politicized.

“The United States is not serious about stopping the aggression against Yemen and lifting the siege. It rather seeks to advance its own plots in Yemen, and the sufferings of the Yemeni nation are not a cause of concern for it,” he said.

“We emphasize that import of foodstuff and medicine into Yemen is the natural right of the country. We do not want to receive aids from anyone. What we just want is the removal of the siege,” the senior Yemeni official added.
Abdul-Salam censured the United Nations’ decision to add the Ansarullah movement to its blacklist of groups for violating children’s rights.

“The UN is acting in favor of major powers and exhibits clear bias. The aggressor countries are committing the most heinous crimes against Yemeni children, and yet they were not included in the list,” the Ansarullah spokesman commented.

Abdul-Salam went on to say that when Ansarullah reacted angrily to the removal of the Saudi-led military coalition in Yemen from a list of groups violating children’s rights, former UN Secretary-General Ban Ki-moon said Saudi Arabia was exerting “unacceptable” undue pressure and had threatened to cut some UN funding.

“The UN decisions fall within the framework of improper political criteria and accusations,” he said.

Separately, Abdul-Salam tweeted that Yemen is resisting the Saudi-led aggression and blockade, emphasizing that aggressors must take the first step in order for the hostilities to end.

The Ansarullah spokesman said Yemen’s National Salvation Government has taken up a defensive position against Saudi-led aggression, and the cessation of attacks against Yemen lies in the hands of those who are attacking the impoverished nation.

“Our stance vis-à-vis the ongoing aggression against our country is defensive in nature. The party which can stop the military campaign and the siege is the one that attacked Yemen and put the country under economic blockade,” Abdul-Salam said.

“It equates to the call to surrender if someone, who is defending himself, is asked to abandon resistance and to remain silent in the face of the siege. This is rejected by common sense. The Yemeni nation has put up a spirited resistance and made great sacrifices,” he said.

A senior member of Yemen’s Supreme Political Council also slammed the UN’s decision to blacklist the Ansarullah movement for what it described as a violation of children’s rights in Yemen, stressing that such a move is detached from realities on the ground, and is not based on independent reports.
“The statement by [Secretary-General of the United Nations António] Guterres to blacklist Ansarullah for violating children’s rights at the same time as acquitting the enemies is disconnected from realities, and does not rely on independent accounts,” Mohammed Ali al-Houthi said.

“The UN decision confirms a blackmail deal to keep Guterres in his post, as his predecessor Ban Ki-moon removed the Saudi Arabia-led military coalition from a UN blacklist for killing and injuring children in Yemen.”

Spokesman for the Yemeni Armed Forces Brigadier General Yahya Saree announced in a post published on his Twitter page that a major airbase in Saudi Arabia’s southern region of Asir had come under a drone strike in retaliation for the devastating military campaign and blockade.

He said Yemeni armed forces and fighters from allied Popular Committees used a domestically-manufactured Qasef-2K (Striker-2K) combat drone to hit designated targets inside King Khalid airbase near the Saudi city of Khamis Mushait early on Saturday.
The attack, he said, was in response to Riyadh’s ongoing military aggression and brutal siege against Yemen.

Saudi Arabia, backed by the US and regional allies, launched a devastating war on Yemen in March 2015, with the goal of bringing the government of former Yemeni president Abd Rabbuh Mansur Hadi back to power and crushing Ansarullah.