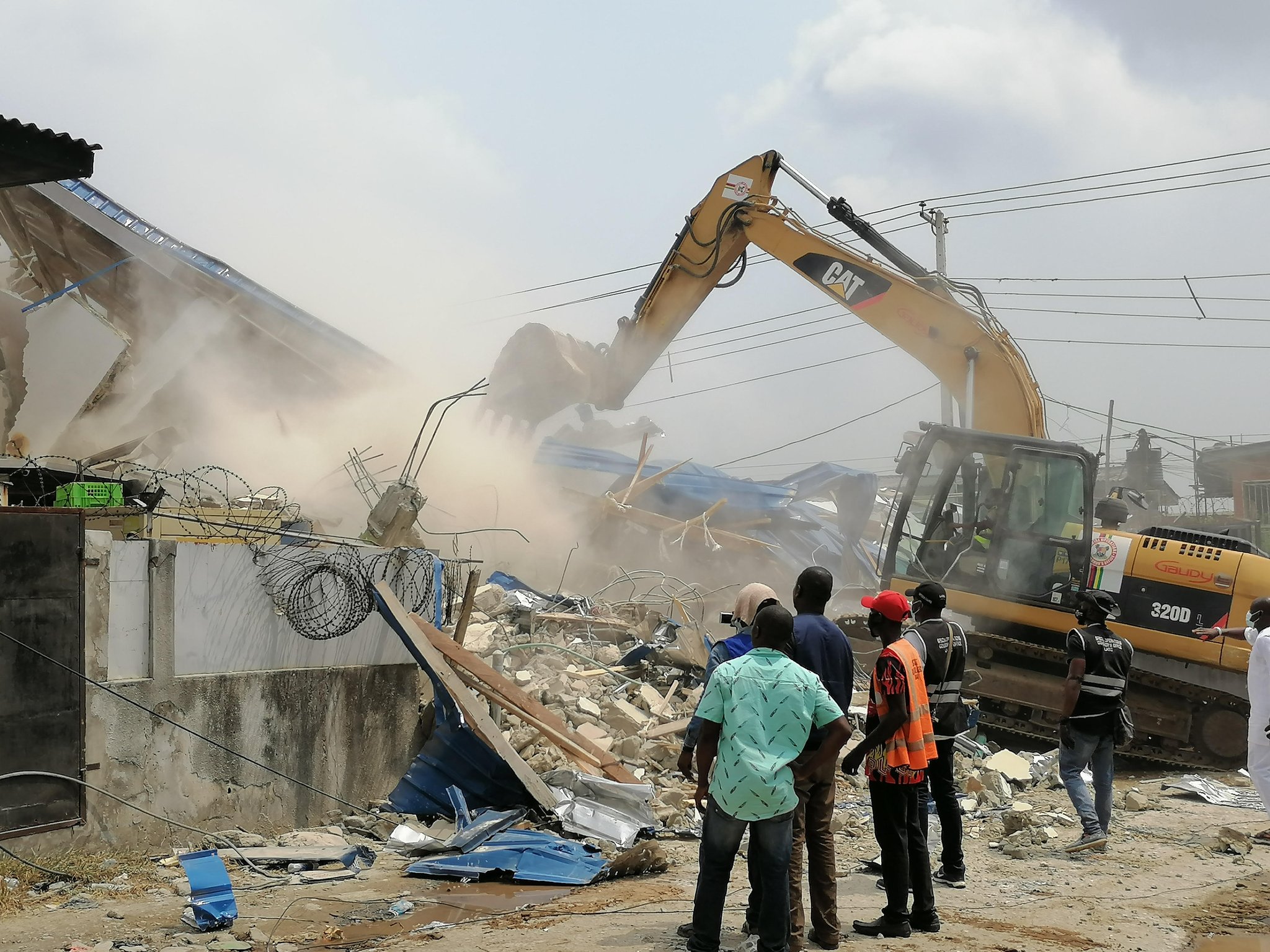 The Lagos State Building Control Agency, (LASBCA), said it would embark on demolition of illegal structures constructed under high tension cables and others.

A statement signed by the agency’s spokesman, Mr Gbadeyan Abdulraheem, on Wednesday in Lagos, said the agency had earlier served quit notice on owners of the affected structures.

Abdulraheem said that the demolition exercise would affect owners of structures constructed on pipelines, which according him, “contravened the state’s Physical Planning Laws.”

He said that the agency had served abatement notices to some properties in Peace Estate and Communities around it as well as Gbagada axis to remove such illegal structures.

According to him, the measure is to halt further development of illegal structures under the power lines within the state.

READ ALSO:  Manchester City begin their defence of the Premier League away to Tottenham

Abdulraheem quoted the General Manager of LABSCA, Mr Gbolahan Oki, as saying that if the illegal developments were not checked on time, it would threaten security architecture, expose residents to danger and distort aesthetics of the area.
“The Building Planning Law being enforced by LASBCA does not limit our operations to only removal of distressed, non-conforming and haphazard buildings, but also covers shanties and structures under power lines.”

Oki said there were concerns of citizens over erection of structures under powerlines and its attendant health hazard.

He said that the agency, due to this, would embark on removal of “all illegal structures on the pipelines, under powerlines, in the interest of public health and safety of citizens”.

The general manager urged Lagos residents to continue to abide by the provisions of the Lagos State Building Planning Plan, to achieve the developmental plans of government.

“The Lagos State Urban and Regional Planning and Development Law prohibits building under the centerline of overhead electricity cables and should ensure that there should be a reasonable amount of distance between a property and high-tension wire.

“This exercise is just to ensure a sustainable, organised and livable environment for the citizens of the state.

“The state has zero tolerance for all structures and properties built under high tension cables,” he said.