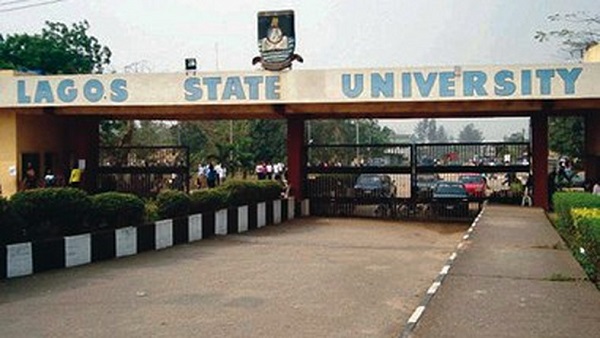 The Lagos House of Assembly on Tuesday passed a resolution to investigate obstacles to the selection of a new Vice-Chancellor for Lagos State University (LASU).

The House subsequently ordered the House Committee on Tertiary Education to investigate the delay in the appointment of LASU VC and report back to the House in one week.

Agunbiade noted that the institution was currently having an acting vice chancellor because a new VC was yet to be selected.

The majority leader noted that a committee was raised towards the end of the tenure of the last Vice Chancellor of the institution, Prof. Olanrewaju Fagbohun.

“Presently, LASU does not have a VC or Governing Board. This has made the institution to drop from number two in the country to number five. Something must be done urgently about the selection of a new VC for the university.
“The House Committee on Education should be asked to commence investigation into the issues in LASU and come up with recommendations.

“The Lagos State Governor, Mr Babajide Sanwo-Olu, should also see into the issues surrounding the selection of a new VC for the institution,” he said.

In his contribution, Ganiu Sanni (Kosofe 1), said that the issue of LASU was taking a worrisome trend despite its achievements over the years.

Okanlawon recalled that LASU was number two in the country and between the first 500 to 600 universities in the world.

“What is happening in LASU is a clash of interests and intra campus politics. They all want to have stronghold in the affairs and activities of LASU. This will cause problem if there is no moderation.

“The governor should take a bold step and take decisive actions. We must consider professionalism, competence and experience in the selection,” he said.

Commenting, Desmond Elliot (Surulere 1), noted that over 50 per cent of the lawmakers in the assembly were graduates of LASU.

Elliot said that the institution had grown in leaps and bounds, and accolades kept growing for it before the latest problem occured.

He then called for a seamless transition from one government to another in LASU.

This was corroborated by Gbolahan Yishawu (Eti Osa 2), who called for a stoppage to the noticeable lacuna in the selection of a new vice chancellor for the university.

Also, Rasheed Makinde (Ifako/Ijaiye 2) noted that the issue did not project the image of the institution properly.

Makinde said the institution would be 38 years old, adding that the government was still giving subvention so the school could develop.

He expressed regret that there was always crisis in the university anytime a new vice chancellor was to be appointed.

Speaking on the matter, the Speaker of the House, Mudashiru Obasa, said the process of handing over from one administration to another had always been a problem in the institution.

“We eulogised LASU over its feats recently only for the issue of succession to draw the institution back.

“They have regulations on how a VC should be selected. I believe that there is more to what is happening in the institution despite what we are seeing,” he said.

The speaker, however, ordered the House Committee on Education (Tertiary) to investigate the matter and report back to the House in a week.