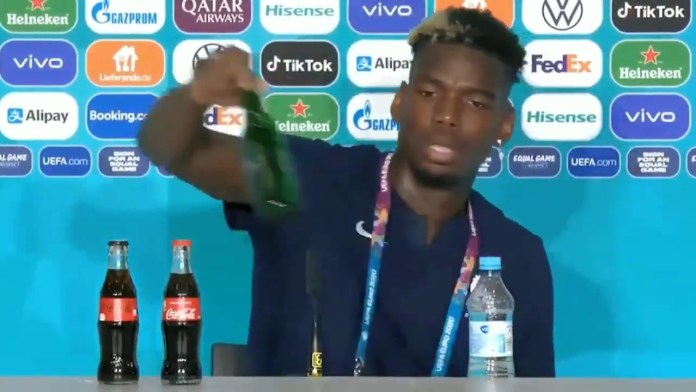 A devout Muslim moves the drink from the table in front of him after France’s 1-0 win over Germany on Tuesday night.

The 28-year-old has become the latest star to take a stance against Euro sponsors after Ronaldo removed two bottles of Coca-Cola placed in front of him.