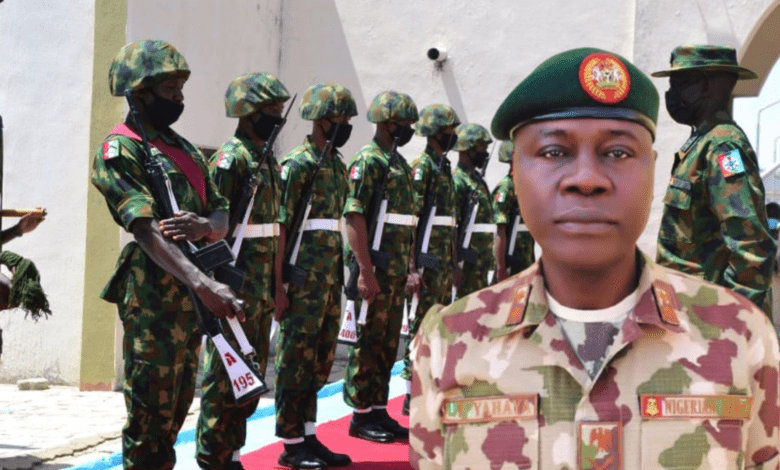 President Muhammadu has written the Senate seeking its confirmation of Maj.-Gen. Farouk Yahaya as Chief of Army Staff (COAS).

Buhari’s request is contained in a letter to the President of the Senate, Ahmad Lawan and read during Tuesday’s plenary.

The letter reads: I hereby forward for confirmation by the Senate, the appointment of Maj.-Gen. Farouk Yahaya as the Chief of Army Staff of the Armed Forces of the Federal Republic of Nigeria.

“His CV is herewith attached. It is my hope that the Senate will consider and confirm the nominee in the usual expeditious manner.

Farouk’s nomination is coming after the death of former Chief of Army Staff, Lt.-Gen. Ibrahim Attahiru.

Attahiru and 10 others died in an ill-fated NAF aircraft near Kaduna International Airport on May 21.

The News Agency of Nigeria (NAN) Buhari on May 27, appointed Yahaya as the COAS after the demise of the former COAS, Lt.-Gen. Ibrahim Attahiru and 10 others in a military plane crash in Kaduna.

Yahaya, a member of the 37th Regular Course of the Nigerian Defence Academy was until his appointment, the Theatre Commander, Operation Had in Kai, an outfit for counter-terrorism and counter-insurgency operations in the North East.