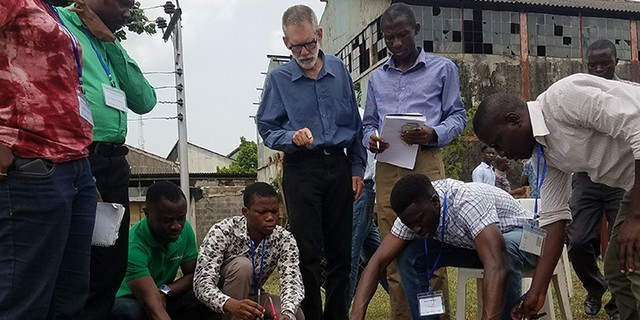 The company says it is committed to quantifying and regularly publishing its impact on biodiversity; As part of its activities around the International Biological Diversity Day, Schneider Electric, a leading firm in energy management and automation, have made commitments to actualize its pledge of combating the global loss of biodiversity by achieving a net-zero loss of biodiversity from its operations, with a specific target of 2030.

This was captured in a press statement that included highlights of planned actions towards enhancing the protection and restoration of biodiversity.

Some of the effects of biodiversity loss include harm–not only to animals that are going extinct–but to the world’s economies and to the health of human beings.

Schneider Electric says it is committed to quantifying and regularly publishing its impact on biodiversity; achieving net-zero biodiversity loss in its direct operations by 2030, and developing solutions and technologies that contribute to the preservation of biodiversity.

Others include partnering with suppliers to eliminate the use of single-use plastics from packaging, partnering with NGOs and investment funds, and engaging employees and partners on local initiatives, such as ensuring that all of its sites deploy biodiversity conservation and restoration programs.

Olivier Blum, the Chief Strategy and Sustainability Officer at Schneider Electric said: “We urgently need to take stock of the impacts we have on nature and biodiversity but it will take much more than that to preserve and restore our ecosystem.

“Quantifying resources utilization and setting up bold ambitions are key, but success will come from concrete and immediate actions that do not compromise on our needs or those of future generations.”

The commitments made by Schneider Electric are captured as part of the Act4nature International, an alliance of international companies, NGOs, academic bodies, and public institutions that aims to accelerate business action in support of nature.