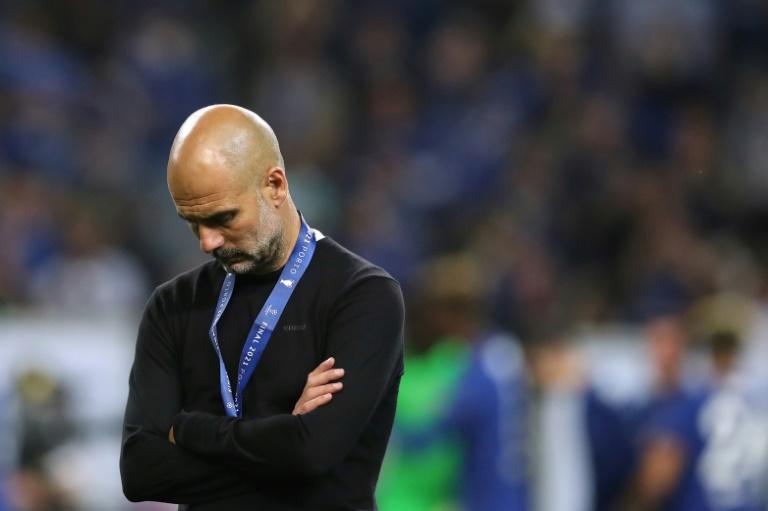 City finished 19 points ahead of Chelsea in romping to this season’s Premier League title, but their old demons in Europe reappeared as Guardiola’s tinkering with a winning team again backfired.

The Catalan won the Champions League twice in his first three seasons as a senior coach at Barcelona.

But he can now add the disappointment of losing in the final for the first time to exits in four semi-finals and three quarter-finals as boss of Barca, Bayern Munich, and City over the past 10 years.

The city had never even been beyond the last eight in Guardiola’s first four seasons in charge, but he appeared to have learned from his mistakes as a settled side comfortably saw off Borussia Dortmund and Paris Saint-Germain to reach the final for the first time in the club’s history.

However, he dropped a bombshell by omitting captain Fernandinho and Rodrigo from the base of his midfield to make way for Raheem Sterling’s return to the starting line-up.

Chelsea seized on the space opened up in the City midfield to enjoy the better of the first half and, but for some characteristic wasteful finishing from Timo Werner, would have been in front long before they scored the only goal.

One through ball from Mason Mount sliced the City defense wide open for Kai Havertz to round Ederson and roll the ball into an empty net.

“I tried the best selection to win the game,” said Guardiola. “(Ilkay) Gundogan played many years in this position. We tried to have speed on the ball, to find players between the lines on the ball and this was the decision.”

Luck was also not on City’s side as Kevin De Bruyne was forced off in tears after a sickening head knock when he collided with Antonio Rudiger early in the second half.

READ ALSO:  N’Golo Kante was the man of the match for his tireless work in midfield

Without the Belgian, Guardiola’s attempts to right the wrongs of his team selection were too little, too late.

Fernandinho was introduced just after the hour mark, while strikers Gabriel Jesus and Sergio Aguero were thrown on in search of a goal.

But the vast majority of City’s success this season has come in a fluid strikerless system and they never looked comfortable as Chelsea’s defense limited them to one shot on target despite losing the experience of Thiago Silva to injury in the first half.

Backed by the wealth of Abu Dhabi’s Sheikh Mansour, City has become the dominant force in English football, winning five Premier League titles in the past 10 years.

But that only makes the pain of three disappointments against English sides in Europe over the past four years all the more acute.

After 10 seasons in the Champions League, City remains without the one trophy they most desire.

The city will lick its wounds, invest and try again. Guardiola extended his contract at the Etihad earlier this season to 2023.

“It is the first time we are here, we will learn, we will come back,” Guardiola said.

“It was a season with 62 games and we played 61. We are sad, we have to learn from this and we will learn for the future, but the season was exceptional.” Erling Haaland and Harry Kane have both been suggested as a replacement for the departing Aguero and Guardiola hinted at a “shake-up” this summer to keep his squad hungry.

Losing their biggest game of a hitherto glorious campaign will help maintain the motivation for more.

But the one he was brought to the club to win the most remains the missing piece.