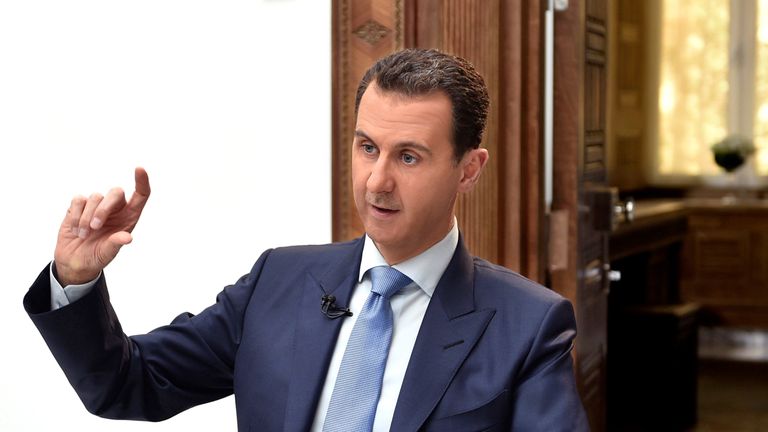 After achieving an overwhelming victory and winning his fourth seven-year term in the 2021 presidential election, the Syrian president made the remarks in a televised speech addressing Syrians on Friday night.

“The message of this election reached the enemies and the national duty was fulfilled,” Assad said, adding that the enemies, however, stubbornly “insist on ignoring the message sent by the Syrian people in the election.”

“What you have done was a phenomenon of unprecedented challenge to enemies of the homeland,” the Syrian leader further said.

“You have defined the revolution and brought back its brilliance after part of mercenaries…defamed its name,” Assad said, hailing the vote as “a revolution against terrorism, treason and moral deterioration.”

“You have turned the scales and changed the game rules and undoubtedly affirmed that those rules can be set and determined only here, and by our own hands and that there is no place for partners except for the brothers and friends,” Assad affirmed.

Syrian Parliament Speaker Hamoudeh Sabbagh announced in a statement early on Friday that Assad overwhelmingly won the country’s presidential election as opposed to 88.7 percent in 2014.

He added that about 14 million of the estimated 18 million eligible voters inside and outside Syria cast their votes, with a turnout rate of 78.64 percent.

Assad, who secured 95.1 percent of the popular vote on Wednesday or a total of 13,540,360 votes, was contesting the polls alongside two other candidates, opposition figure Mahmoud Ahmad Marei and former MP and minister, Abdullah Sallum Abdullah.

According to the statement, Marei came second in the race by winning 3.3 percent or 470,276 of the ballots, while Abdullah secured 1.5 percent of the vote or 213,968 ballots.“I’m greatly honored that you have chosen me,” Assad further said during his speech on the occasion of winning the presidential election.

“I am confident that with this combatant spirit, we will be able to defeat all our enemies whatever the troubles have been tightened… this spirit is what we need for the next stage which is a stage of continuous work, resistance, and steadfastness in order to prove to our enemies once again that fighting against our people through their basic needs and livelihood would not affect, but increase their commitment to the homeland,” the Syrian leader stressed.

Iran, Russia, and China were among the countries that congratulated Assad on his decisive victory in the reelection.