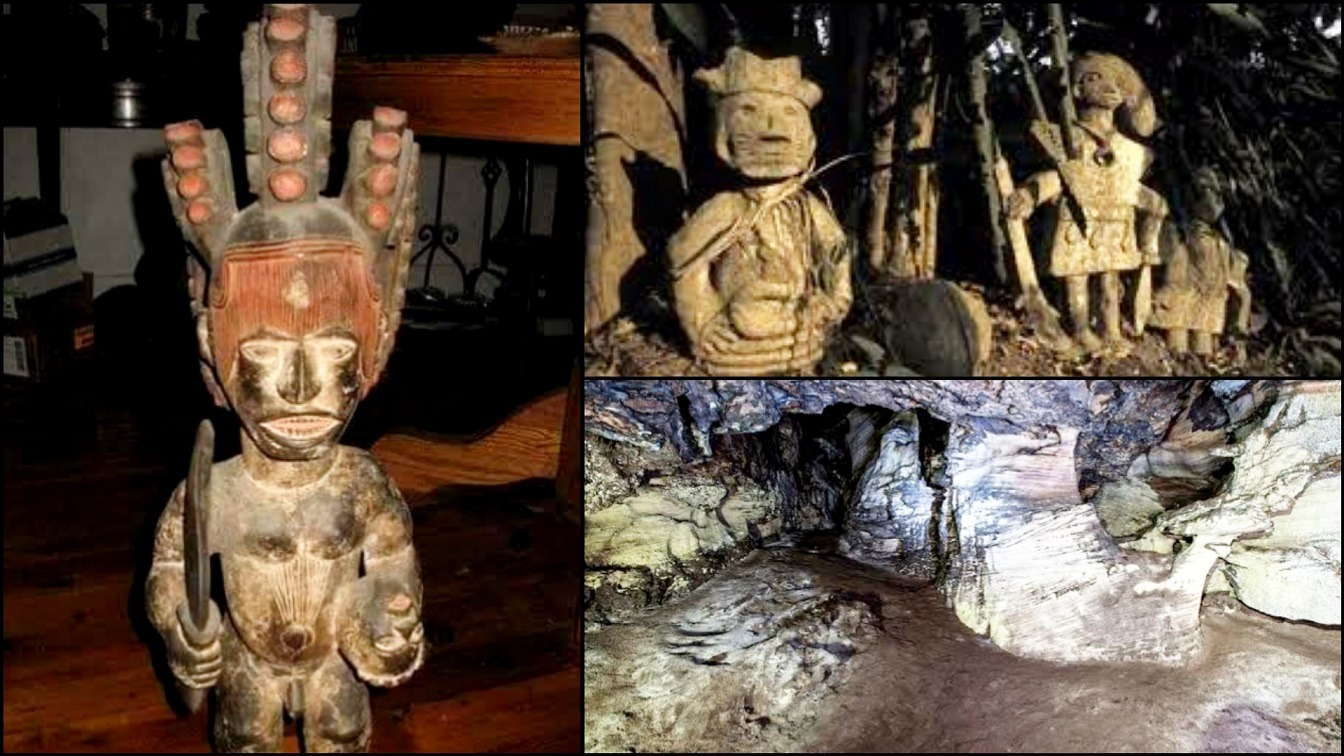 The long juju slave route of Arochukwu still remains a perfect destination for tourists around the world. Arochukwu Long Juju slave route is a six-foot gully that takes people to the temple judgment, back in the days.

After the cities of Aba and Umuahia, Arochukwu, which is sometimes referred to as Arochukwu, or Aro-Okigbo is the third-largest city in Abia State, Southeastern Nigeria.

It is composed of 19 villages with an overall leader called Obong Aro.

Interestingly, there are several historic tourist sites that exist in the city of Arochukwu. And among them are the mystic Ibini Ukpabi shrine, the slave routes, and other relics of the slave.

Prominent for its sacred sense of mystic beauty is the Ibinu Ukabi or the long juju Shrine that was used to judge the perpetrators of crimes.

Tales have it that back then in the kingdom of Arochukwu, Ibini Ukpabi at the height of its powers was the most powerful deity in Igboland.

And this was during the trans-Atlantic slave trade era.

Being a kind of supreme court whose judgment was final, there was no appeal.

Those at trial would enter the temple complex and wander through it, ready to face the judgment of Chukwu (God). It is here that you will find the throne of judgment– the dark presence (“the Holy of Holies”).

There is also a hill of rags: It is where the condemned were instructed to undress and leave their clothes before they disappeared into the tunnels around the hill.

The long juju slave route is a dark kilometer-long series of tunnels.

Also included in the feature is a red river where it is said that as the guilty disappear, the aro would color the river red to give people the impression that the condemned has died.

And the red water flowing down the stream would be a sign to the relatives that the victims were dead.

However, stories have it that through another feature known as Iyi-Eke– an outlet to “Onu Asu Bekee” (the European beech, which later became the government beach), blindfolded victims (those found guilty) are led to waiting for boats that took the enslaved to Calabar for onward transmission to Ala Bekee.

However, the sacred stronghold would be destroyed by the British as their quest for colonial power prompt them to wage war on the Long Juju and the network it had established in the region.

Be that as it may, the long juju slave route of Arochukwu still remains a perfect destination for tourists around the world.

How to get to Arochukwu?

Arochukwu is 100 kilometers from the Abia State capital, Umuahia. But the road is bad and you should brace yourself for the worse.

So getting to Arochukwu from Umuahia can take between three to four hours.