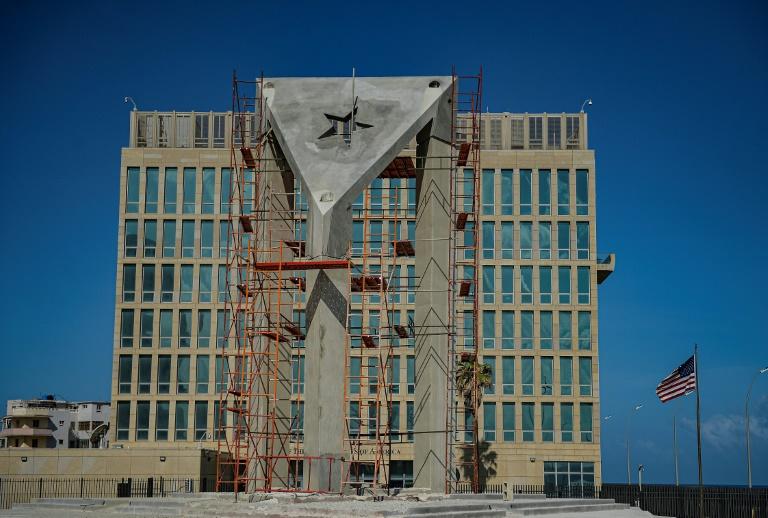 Cuba is vexed at the United States’ continued hostile approach towards the Latin American country, saying the policies of President Joe Biden’s administration are no different from those of his predecessor Donald Trump, despite earlier pledges of a policy shift.

US Secretary of State Antony Blinken has in a note to Congress once again accused Cuba, along with several other countries, including Venezuela, of “not cooperating fully with United States anti-terrorism efforts.”

Cuban Foreign Minister Bruno Rodriguez dismissed Washington’s latest “slander” and said it was “surprising and irritating as is the application of Trump’s policy and his 243 sanctions.”

The move, he said Tuesday, means Biden continues the policies of Trump against Havana.

On Monday, Deputy Director of Multilateral Affairs of Cuba’s Foreign Ministry, Maria del Carmen Herrera, complained that four months after Biden assumed power, there has been no change in the US aggressiveness.

She explained how the US unilateral blockade had impeded Cuba’s economic development, fight against climate change, as well as efforts to curtail the coronavirus pandemic.

During his presidential campaign, Biden pledged to reverse some of Trump’s Cuba measures that “have inflicted harm on the Cuban people and done nothing to advance democracy and human rights.”

US sanctions on Cuba have been in place since 1962. Under Trump, Washington imposed more than 240 sanctions, of which 55 were applied during the coronavirus pandemic.

Oxfam urges the US to normalize ties with Cuba

The development prompted global charity Oxfam to call for the Biden administration to work towards normalizing ties with Havana and lift the sanctions.

In its Tuesday report, Oxfam recounted how the sanctions imposed by Washington on Cuba nearly six decades ago were a “severe obstacle to development for the Cuban population.”

“Oxfam has witnessed how the US embargo limits Cubans’ capacity to recover from these setbacks and curtails access to needed inputs, medicines, technologies, and materials to rebuild,” it said.

Oxfam Cuba director Elena Gentili also said that “in the face of the health crisis, Oxfam considers it even more urgent to change this policy.”

Cuba and the US had severed relations in 1961 during the Cold War, two years after the two countries became ideological foes following the Cuban Revolution, which brought the late Fidel Castro to power.

The Trump administration reversed the historic rapprochement initiated by his predecessor, Barack Obama, between Washington and Havana, and returned Cuba to the so-called blacklist of “state sponsors of terrorism.”

In the final days of his presidency, Trump blacklisted Cuba, accusing the country of “repeatedly providing support for acts of international terrorism” by harboring US fugitives as well as Colombian rebel leaders.

Last week, Havana said it regretted that Biden had not budged “one millimeter” on Washington’s policy against Cuba since arriving in the White House.

The country is facing multiple challenges exacerbated by US sanctions as well as the coronavirus pandemic.

Cuba’s economy shrank 11 percent last year due to the deadly viral pathogen and tightened US sanctions, which have caused a decline in aid from its Latin American allies, namely Venezuela.

The US sanctions have hampered Cuba’s access to medical equipment and medicines and complicated the process of importing vaccines from abroad, making the country one of the hardest hit by the coronavirus pandemic.