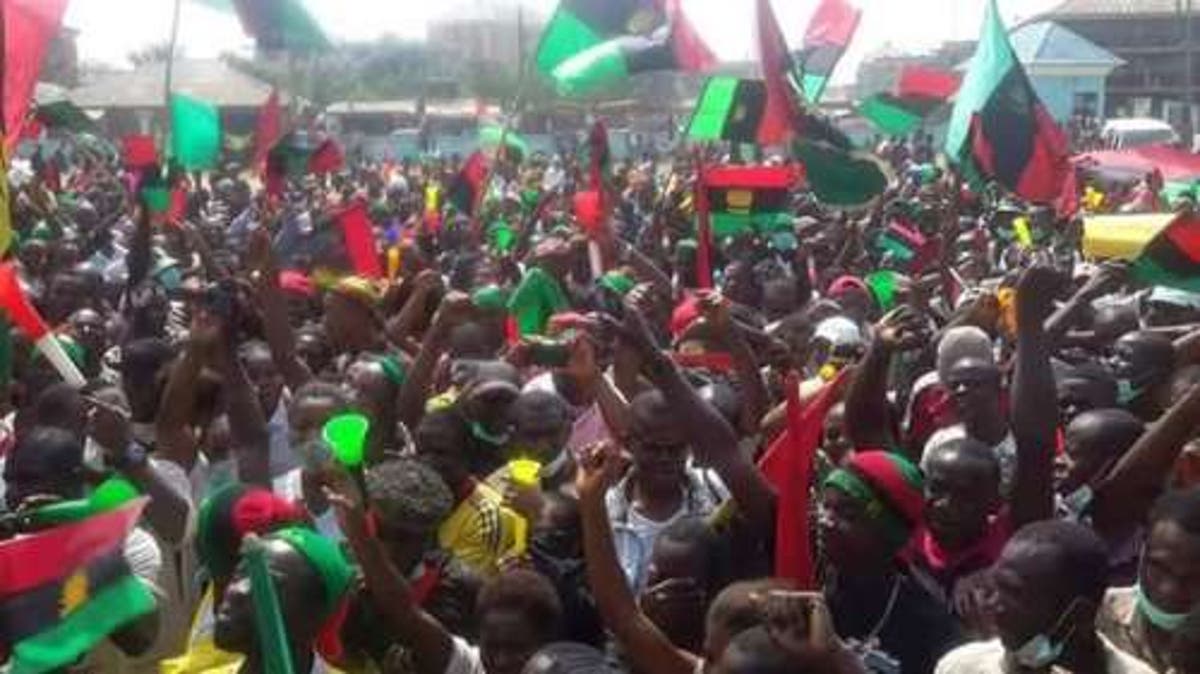 IPOB forms alliance with Ambazonian agitators to bring in weapons to actualise secession By our correspondent.

The increased attacks by members of the outlawed Indigenous People of Biafra, IPOB, on security facilities and personnel in the South-East and South-South regions is for sinister motives, a top security circle source has revealed.

The top source, which has been deeply involved in events in the two regions in recent months, revealed that the renewed onslaughts being unleashed by Eastern Security Network, the militant wing of IPOB, was clearly to clear the way for members of Ambazonian republic to ship arms to the South-East for the purpose of prosecuting the secession plot by IPOB.

The source said: “Of course, we have since discovered that the increased killing of security personnel and the destruction of police stations and prisons as well as the offices of the Independent National Electoral Commission in the South-East and South-South regions is to pave the way for the shipment of a large cache of weapons in to the regions for use by IPOB to actualise Biafran agitation.

“The killings and destruction of what the outlawed group sees as possible challenge to its sinister plot are meant to create fear and force security agencies to withdraw along the Cross River-Abia-Anambra-Imo-Enugu-Rivers corridors and create a seamless route for fighters from Cameroun to bring in arms and ammunition to help actualise Biafra secession.

“The killing of policemen and officers and the dismantling of police stations and prisons as well as INEC offices along the Cross River-River axis would not have happened if the illegal group had not perfected nefarious plot to flood the area with illegal arms so as to actualise its treasonable ambition.

“But the annoying thing is that when they engage in illegal act and attack, kill and destroy government institutions, they mischievously blame those attacks on “Fulani herdsmen’, ‘unknown gunmen’, ‘hoodlums’ and what have you just to whip up sentiments among Nigerians and escape with blood on their hands.”

But the discovery of the fresh plot by the outlawed group has heightened fresh security alert in the South-South and South-East to prevent a breakdown of law and order, given the boldness of the terrorists to unleash coordinated attacks on police stations and personnel in the areas in recent weeks.

The onslaughts against government security facilities and personnel have increased steadily in recent months that the Abia State Government on Sunday raised the alarm that it had uncovered plots by some elements to carry out an attack in the state.

But in a quick reaction, IPOB accused South-East governors, Ohanaeze Ndigbo and some traditional rulers in the zone of conniving with the Federal Government to blackmail its members with reports of phantom attacks and for helping to identify those they regard as dissidents for possible clampdown and prosecution.

Spokesman for IPOB, Emma Powerful, had described the allegation against the group as a plot to tarnish the image of the group’s militant wing, Eastern Security Network, before the world and subdue its goals.

The top security source posed some questions for IPOB and their backers, saying “If they are peaceful as they try to portray themselves, why the need for weapons?

“You claim you are non-violent, yet you admit you are making weapons. What are the weapons for? Their main aim in all these attacks is to achieve secession, working with a group fighting for Ambazonia Republic in the Republic of Cameroon.

“The narrative of the herdsmen is meant to serve as a distraction from the major issue. What is actually happening is a secessionist fight that is building. The herders issue is just a fringe issue. “You can see the recent upsurge in the attacks against security agents in the South East and along the Cross River corridor,” the source said.