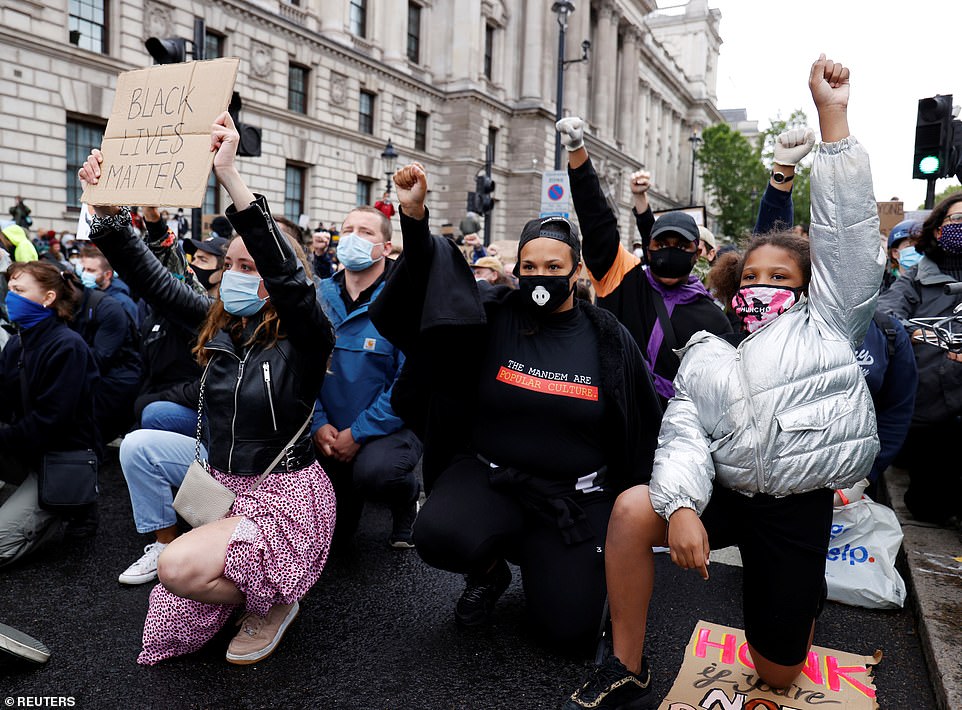 People across Britain will be taking the knee on Tuesday evening to mark the one-year anniversary of George Floyd’s death, part of events planned worldwide to commemorate his death.

The demonstration, which has been organised by campaigners “Stand Up To Racism and Britain’s Trade Union Congress’’, will see people in cities and towns across England, Scotland and Wales show their support for black lives.

The demonstration involves people kneeling down on one knee at 1700 GMT in memory of Floyd, a black American who was killed on May 25, 2020, after police officer Derek Chauvin pressed his knee on Floyd’s neck in an act of police brutality.

The demonstrations were also being held as a way of calling for better action to tackle institutional racism within Britain. The act of taking a knee is inspired by former U.S. football player Colin Kaepernick, who first took the knee during the U.S. national anthem at a football game in 2016 in protest against racial injustice and how black people were treated by police in the U.S.

Floyd’s death prompted a wave of protests around the world and sparked conversations about how black people still face discrimination.

According to data from Mapping Police Violence, a further 140 black people died at the hands of police in the U.S. after Floyd’s death in 2020. The total was 248 in 2021.

Eighty nine people have so far died at the hands of U.S. police officers. (dpa/NAN)