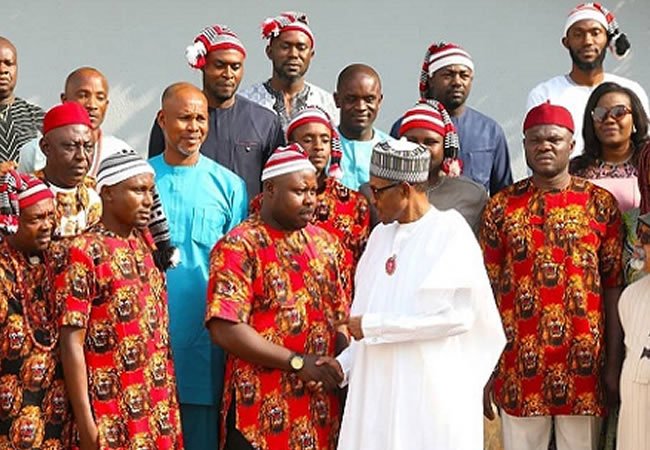 The Ohanaeze Ndigbo Youth Council, OYC, has told the President Muhammadu Buhari-led administration not to tinker with retiring the highest Igbo ranking officer in the Nigerian Army.

Major General Ben Ahanotu, from Anambra State, is the second in command to the late Chief of Army Staff, Lt. Gen. Ibrahim Attahiru.

He is currently the Chief of Policy and Plan of the Nigerian Army, and expected to replace Attahiru.

Ahanotu, member of regular course 35, was the commander of the military operation that captured the founder of Boko Haram, Mohammed Yusuf, and his followers at their hideout in Maiduguri in 2009, and He is currently second in command to the late Chief of Army Staff, Lt. Gen. Ibrahim Attahiru..

In a statement by OYC President-General, Mazi Okwu Nnabuike he said Ndigbo had suffered enough injustice in the hand of the Buhari Government.

He added that “there are even emerging claims that Gen. Ahanotu is not presently acting as the Chief of Army Staff after demise of Gen. Attahiru despite the fact that he is the highest ranking Army officer.

“If this is true, it should not be while the Ahanotu is the second in command to the late Chief of Army Staff, Lt. Gen. Ibrahim Attahiru, and it would send more danger signals to the already agitated youths of the Southeast. Buhari should for once unite this country.

“We cannot understand a situation where no Igbo man sits in the Security Council meeting, it does not augur well for the country.”

READ ALSO: Here’s why the House of Reps is working on a bill to scrap the NYSC

“We want it to be on record and for the whole world to know about the continuous marginalization of Ndigbo in Nigeria,” he added.

The group further reinstated their stand that the Nigerian President of Igbo extraction in 2023 was non-negotiable.