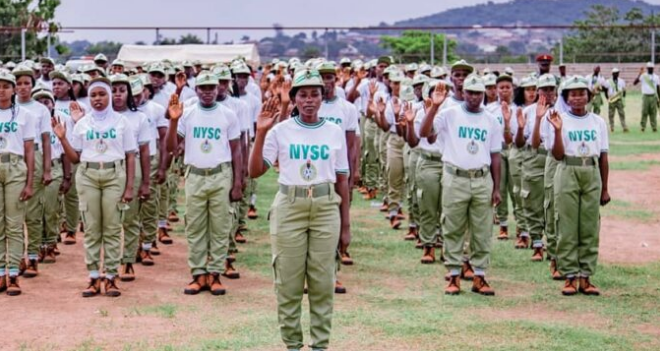 The NYSC has become very unpopular in some parts of Nigeria, and some lawmakers want to do away with it for good.

There’s a bill on the floor of the House of Representatives to scrap the National Youth Service Corps (NYSC) as we know it.

The bill is sponsored by Hon Awaji-Inombek Abiante (PDP) who represents the Andoni-Opobo/Nkoro Federal Constituency of Rivers State in the Green Chamber.

The bill has passed the first reading and has two more readings to go before we can deem it near successful.

What is the NYSC?

The NYSC is a service scheme mandatory for graduates of Nigeria’s tertiary institutions before their 30th birthdays.

Each year, graduates are asked to serve their country for an entire year under the NYSC program.
These graduates are posted to schools, hospitals, clinics, banks, and other private and public establishments, where they complement the workforce.

After Nigeria’s civil war, then military President Yakubu Gowon established the NYSC scheme in 1973 as a way of reconciling, reuniting, and rebuilding a broken nation.

Statutorily under the scheme, young graduates from Nigeria’s south are posted to the north and vice versa.

The idea is to make these young people experience another part of the country, make new friends and probably inter-marry.

What has become of the NYSC so far?
The scheme has been largely successful.

However, like every good thing, it has been open to abuse and manipulation as the years have rolled by.

As Nigeria’s insecurity woes have deteriorated, with terrorism and banditry gaining a foothold in the northern region, some parents now pay huge sums of money to ensure that their children aren’t posted to serve the nation in the restive north.

There have been sundry reports of corps members being killed in restive regions or being caught in the crossfire as local communities, terrorists, and law enforcement clash.

Corps members have also been killed in road accidents or by robbers as they commute to areas of primary assignments.

Why does the House of Reps want to scrap the program?

Rep Abiante’s bill seeks to repeal section 315 (5)(a) of the 1999 constitution which establishes the NYSC and its enabling act.

And the lawmaker has cited escalating insecurity and young people being put in harm’s way, as some of the reasons why he drafted the bill.

“For children of the rich, how many of them would want to go to Sokoto or Yobe? It is still the children of the poor that are sent to those places (where) they are butchered,” he says.

The NYSC, he argues “has failed to address the essence of its establishment while several reform efforts have also not yielded desired results.”

“Public and private agencies and departments are no longer recruiting able and qualified Nigerian youths, thus relying heavily on the availability of corps members who are not being well remunerated and get discarded with impunity at the end of their service year without any hope of being gainfully employed,” Abiante adds.

Remember that this NYSC repeal bill is still some way before it becomes law or an Act of the National Assembly.

It has to go through three readings in the House, there will be committee hearings, the Senate has to agree with it and the nation’s President has to assent to or sign it, before the nation’s intending graduates or disenchanted parents can heave a sigh of relief.

There’s still a long road ahead for this one.