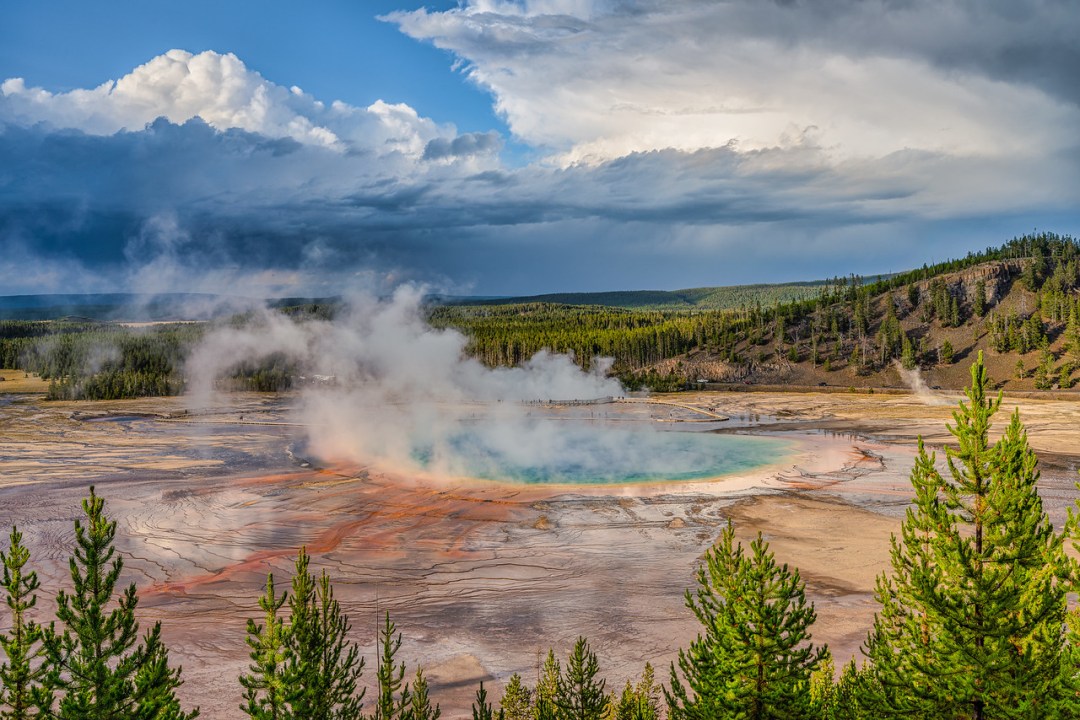 Africa Day celebrates independence, freedom from colonialism, and looking forwards to a peacful and thriving future in the 55 African Union nations. This year’s theme is “Arts, Culture and Heritage” and UCS is helping to raise up climate change in that context.

Climate change is probably the fastest-growing threat to African cultural heritage, much of which was left in a parlous position because of the legacies and structural inequalities of past colonial rule. During the colonial era, Africa’s moveable heritage was stripped, stolen and often violently acquired and taken to Europe and the US.

One amongst many depredations was the looting of hundreds of exquisite bronzes made by Edo craftsmen from the 16th century onwards which were taken by the British army when it sacked Benin City (now in southern Nigeria) in 1897.

More than 1400 of these Benin bronzes can be viewed in museums from London to San Francisco, Washington and New York, but hardly any are in Nigerian museums.

Western museums continue to resist calls to return Africa’s stolen heritage. In 2018 the Sarr/Savoy report on the restitution of African Heritage estimated that 90-95 percent of African objects held in museums are outside Africa.

The Climate Vulnerability Africa (CVI) Project, is being launched to address the gap that exists in understanding climate impacts on cultural heritage in Africa and to help build capacity amongst the continent’s heritage professionals.

The CVI—a rapid climate impact assessment tool designed for World Heritage sites—was created by scientists from James Cook University in Queensland, Australia. UCS contributed to the development of the CVI and helped test the methodology in Scotland. Now, in a project coordinated by the African World Heritage Fund, ICOMOS and Queens University, Belfast, the CVI will also be used at sites in Nigeria and Tanzania.

Climate change is a major threat to Africa, but its impacts will be quite variable in this huge and diverse continent which includes Mediterranean coasts, vast deserts, tropical forests, savannahs and wetlands, mountain glaciers and even sub-Antarctic islands.

According to the IPCC, temperatures have already increased by about 0.5°C during the last 50-100 years in most of the continent.

Marked changes in precipitation patterns are likely for much of Africa. For example, reduced precipitation is likely in northern Africa and southwestern South Africa, but in some areas, such as the Ethiopian Highlands, there may be more rainfall and more extreme rainfall events.

Warming is causing glaciers to recede in the Rwenzori Mountains, and Mount Kilimanjaro with significant ice loss expected from further warming. Sea level rise is impacting cities including Alexandria in Egypt and Saint-Louis in Senegal.

Desertification may be exacerbated by climate change, droughts are likely to become more severe, and dangerous heatwaves are expected to increase disproportionately in some regions. Countries south of the equator are expected to experience the highest mean sea level rise and the IPCC has identified Africa’s coastal fisheries, coral reefs and mangroves as at major risk from warming, as well as traditional pastoral agricultural systems.

All these changes threaten cultural heritage in Africa, including the tangible—such as historic buildings, archaeological sites and museum collections— and the intangible, including seasonal festivals, sacred sites and traditional fishing practices and foodways.

To take just one example, the water levels of Lake Malawi have dropped in recent decades and rainfall there has become more unpredictable with longer drier periods and more extreme weather events, putting at risk traditional fishing practices that rely on some of the highest freshwater fish biodiversity on the planet.

In a 2016 report produced jointly with UNESCO, UCS identified drier conditions and increased frequency of large fires in the Cape region of South Africa as being likely to impact not only the extraordinary plant diversity of the area, but also shrink the zone in which wild rooibos (redbush tea) can be collected.

Sea level rise is already at crisis point for many African nations. Half of Bénin’s population resides in the coastal city of Cotonou on the Gulf of Guinea, where coastal inundation threatens traditional boatbuilding and fishing practices and sea level rise may force many people to relocate.

The Island of Gorée in Senegal, and its historic buildings memorializing the Atlantic trade in enslaved persons is at immediate risk from sea-level rise.

In East Africa, many important low-lying coastal heritage sites built on coral or mud, such as Ibo Island in Mozambique, Shanga Island in Kenya and Suakin in Sudan are particularly vulnerable to rising sea levels and inundation.

The Roman ruins at Sabratha and Leptis Magna on the coast of Libya in North Africa have been identified along with dozens of other coastal archaeological and historic sites in the Mediterranean region as at risk from coastal erosion and flooding. Changed humidity and rainfall patterns including flash floods are of growing concern for archaeological sites in Egypt too.

As the cradle of humanity Africa has some of the oldest and most important rock art in the world, and across the continent much of it is extremely vulnerable to climate changes.

Increases in temperatures and reductions in cloud cover (predicted for parts of north and west Africa) will increase heat stress and accelerate physical and chemical weathering of pigments. More humid conditions could increase damaging biological growth such as microbes, mold and lichens which can rapidly degrade rock art.

Not nearly enough is yet known about the current and potential impacts of climate change on heritage in Africa, including at the 137 UNESCO-designated World Heritage sites. For this reason, the CVI Africa project will undertake assessments at two sites. One is Kilwa Kisiwani in Tanzania where the sea level rise in the Indian Ocean and increasingly intense storm activity is causing erosion, flooding and damage to archaeology.

The other is Nigeria’s Sukur Cultural Landscape which according to the African World Heritage Centre “is threatened by changing rainfall patterns, windstorms and reduced vegetation cover, which is impacting agricultural production and the availability of culturally significant traditional building material.”

Crucial for improving understanding of climate threats to heritage in Africa and managing for resilience and adaptation is building capacity amongst heritage professionals and World Heritage site managers. ‘despite the intensifying threat, there remains a lack of attention to the cultural dimensions of climate change,” says Dr. Albino Jopela of the African World Heritage Fund, “and this is especially true across the African continent.”

To address this gap, the CVI Africa project is developing an online training course. The first cohort of six competitively chosen trainees from Tanzania, Nigeria, Uganda, Kenya, Tunisia and the Atlantic archipelago of Cabo Verde will participate in the course starting on Africa Day 2021.

As part of the course, I’m excited to discuss virtually with the trainees the most important climate vulnerabilities for cultural heritage in Africa, and my close colleague, UCS’s director of climate science, Brenda Ekwurzel, will be delivering live teaching content on climate science and the latest IPCC findings.

Summing up the importance of the new CVI Africa project, Dr. Ishanlosen Odiaua of ICOMOS Nigeria has said “Supporting local communities and national authorities to develop tools that build on local experience and realities, can help them manage these risks and plan for the future. We hope that the CVI can contribute to fulfilling that need.” UCS is thrilled to be involved in this important work.