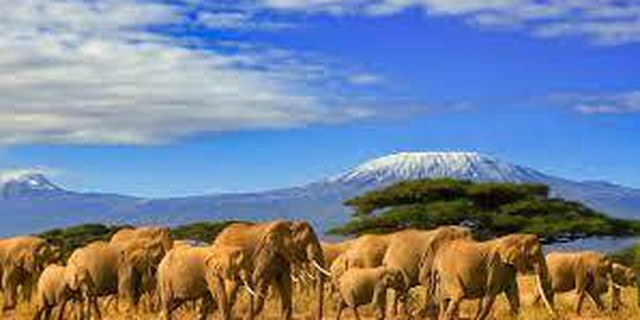 We can’t travel everywhere but we can see the world through the eyes of others. This series explores Nigeria and the world from the experiences of those who have been there.

I spoke with Kelechi who traveled to Tanzania with her two sisters in December 2020 about one of the most life-altering experiences of her life. It was their tradition to travel out of Nigeria every year.

Just in the wake of the COVID-19 pandemic, with its attendant lockdowns, the plane tickets were quite expensive and were the most expensive ticket she had ever paid for.

I asked Kelechi how Zanzibar looked like. Was it a typical African country with corrugated sheets and bad roads? She said that; “Tanzania has a rich history. It was part of the Omani sultanate. Tanzania does not look bad. It has some good roads, though villages are not carefully planned. There are a lot of poor but genuinely nice people. It is also filled with a lot of tourists.”

Kelechi’s trip took a turn for the worse when an illness that began in Nigeria revisited her. She was having headaches back in Nigeria. The doctor she went to see in Lagos said nothing was wrong with her and cleared her to travel.

After the trip to Arusha, she said “My head was aching so much it felt like I was running mad.”

“At our very first hotel on Zanzibar, my sister had to take a bike to get my meds. I was losing my memory. I was constantly holding my head. By the time we got to our last hotel, I passed out.”

“After a CT scan was done, they saw the problem. I had a chronic subdural hematoma and needed it to be operated on immediately.”

After much deliberation and crying among my sisters they decided to do the surgery.

Kelechi said, “If I had stayed back in Nigeria, I am sure I would have died. In Port Harcourt where I lived there was only one neurosurgeon, and she was on leave in that period. If there was a neurological emergency no one would have treated me.”

“The great thing about the trip to Tanzania was that the health care was free, and they do have the policy to not charge anyone even strangers and foreigners.”

Tanzania an East African country is a peaceful country when compared to volatile Nigeria. Despite this, most of its citizens live below the World Bank poverty line.

It is famous because of its national park at Serengeti, the mountain Kilimanjaro, which the highest mountain in Africa, and the vast beaches.

A quick history lesson would reveal that the Omani sultanate was a powerful empire with influence around the Persian Gulf, Indian ocean, Pakistan, and Zanzibar.