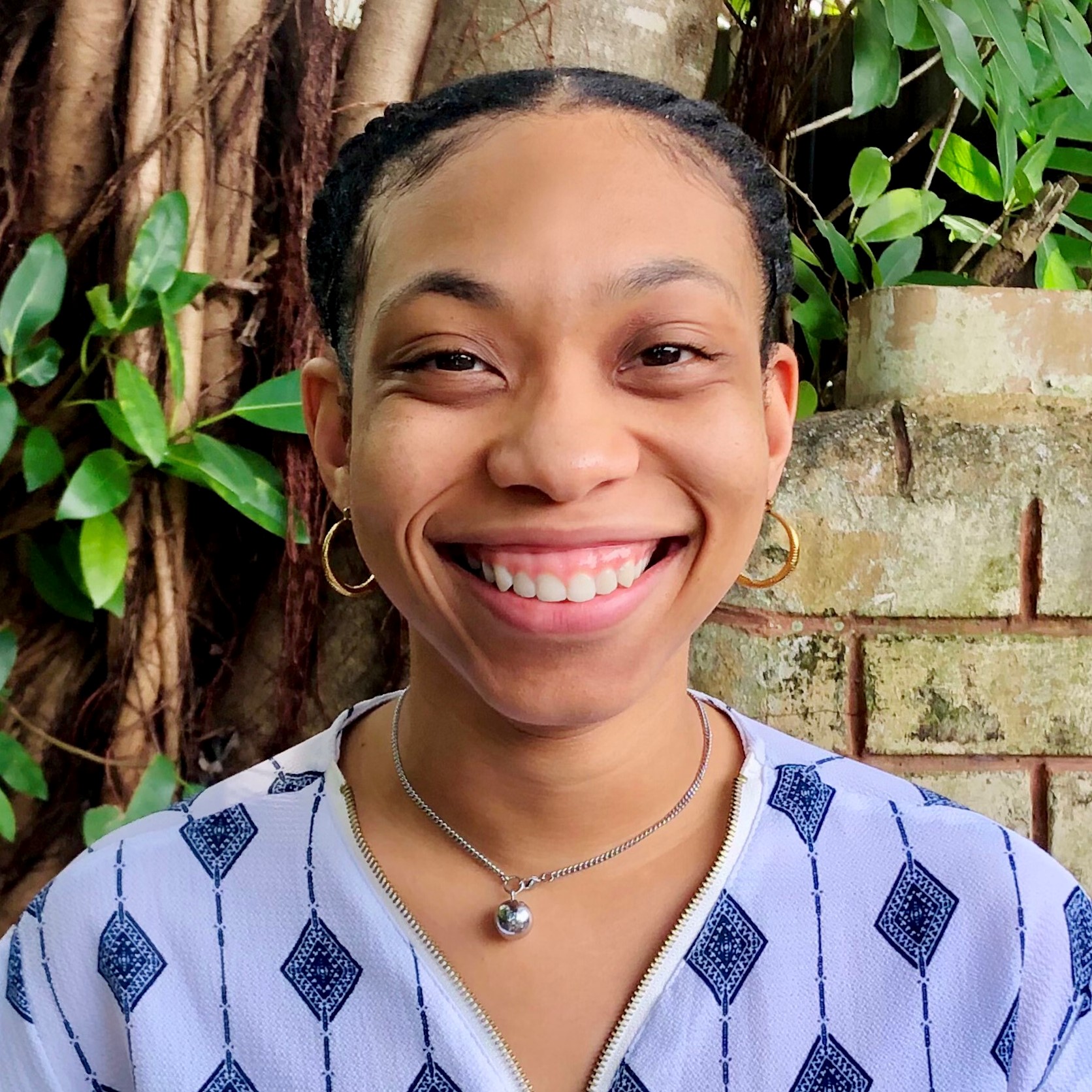 Recent graduate Jennifer Lamy studied alongside assistant professor Germane Barnes, who is well known for his work exploring the relationship between architecture and identity, and was empowered to learn the terrain.

In 2010, Jennifer Lamy had just arrived at her home from school in Port-Au-Prince, Haiti, when a powerful 7.0 magnitude earthquake hit the capital— leveling hundreds of thousands of buildings and killing more than 200,000 people.

Thirteen-year-old Lamy and her family were spared.

“We were lucky that our home made it through the earthquake,” said Lamy, who graduated last week from the School of Architecture with a master’s degree in architecture. “But my interest in architecture began then, as I started to wonder why certain buildings remained standing and others did not.”

That interest led her to delve into research on urban housing and eventually to work as Germane Barnes’ lead assistant at the School of Architecture.

Barnes is assistant professor at the school, well known for his work exploring the relationship between architecture and identity, in particular how minorities and Black people have contributed to architecture.

He recently won the Wheelwright Prize, a grant from the Harvard University Graduate School of Design, that will allow him two years to research how spaces have been transformed through the material contributions of the African Diaspora while creating new architectural possibilities that emerge within investigation of Blackness.

In the three years that Lamy worked alongside Barnes she conducted research, worked on designs and renderings, and often accompanied him on site visits to document seminal work that he conducted on the importance of porches or porticos in the Black community.

“Porches are a sacred space for the Black community because of their deeper history. They provided a space of freedom,” she said. During Jim Crow times when segregation was enforced, the front porch served as a private extension of the house.

Lamy had never met a professor like Barnes and his interests and scholarship deepened her commitment to continue to study architecture. She was particularly surprised to learn that the origin of the shotgun house came from her home country of Haiti.

Barnes brought up shotgun houses—a house layout in which all the rooms are in direct line with each other—in his class and talked about their origin and prevalence throughout Black neighborhoods in the Caribbean and the United States.

Lamy also worked at the B.E. & W.R. Miller Fabrication Lab and Model Shop at the School of Architecture, where she would use the laser cutters and 3D printers to create models for certain projects.

One of the largest projects was for Barnes’ exhibit “Reconstructions: Architecture and Blackness in America,” now showing at the Museum of Modern Art in Manhattan, where he created several colorful collages to show the similarities and differences between various Black ethnic groups in the diaspora.

“The MoMA project shows that blackness in not a monolith, as Germane often says,” Lamy said. “Yes, we are Black, but there are things such as our ethnicities and other aspects of our cultures that make us different.”

African American architects represent about 2% of all licensed architects (116,000), according to the National Council of Architectural Registration Boards (NCARB). So it is not surprising that even Barnes has sometimes questioned his choice of discipline.

“As a Black architect, I have struggled with the absence of my identity in the profession, and there have been moments where I have questioned my talent and ideologies because they failed to gain recognition in prominent architecture circles,” he said in the news release announcing the Wheelwright Prize.

“To believe that the only way to measure success is acceptance was a thought I had to exterminate.”

Barnes has served as a great role model for Lamy and other minority students, she said.

“Working with him, the first Black architecture professor that I had met, has had a huge influence on me,” she indicated. “It has been the best part of being at UM because I would not have explored certain aspects of architecture if not for him. He has empowered me.”