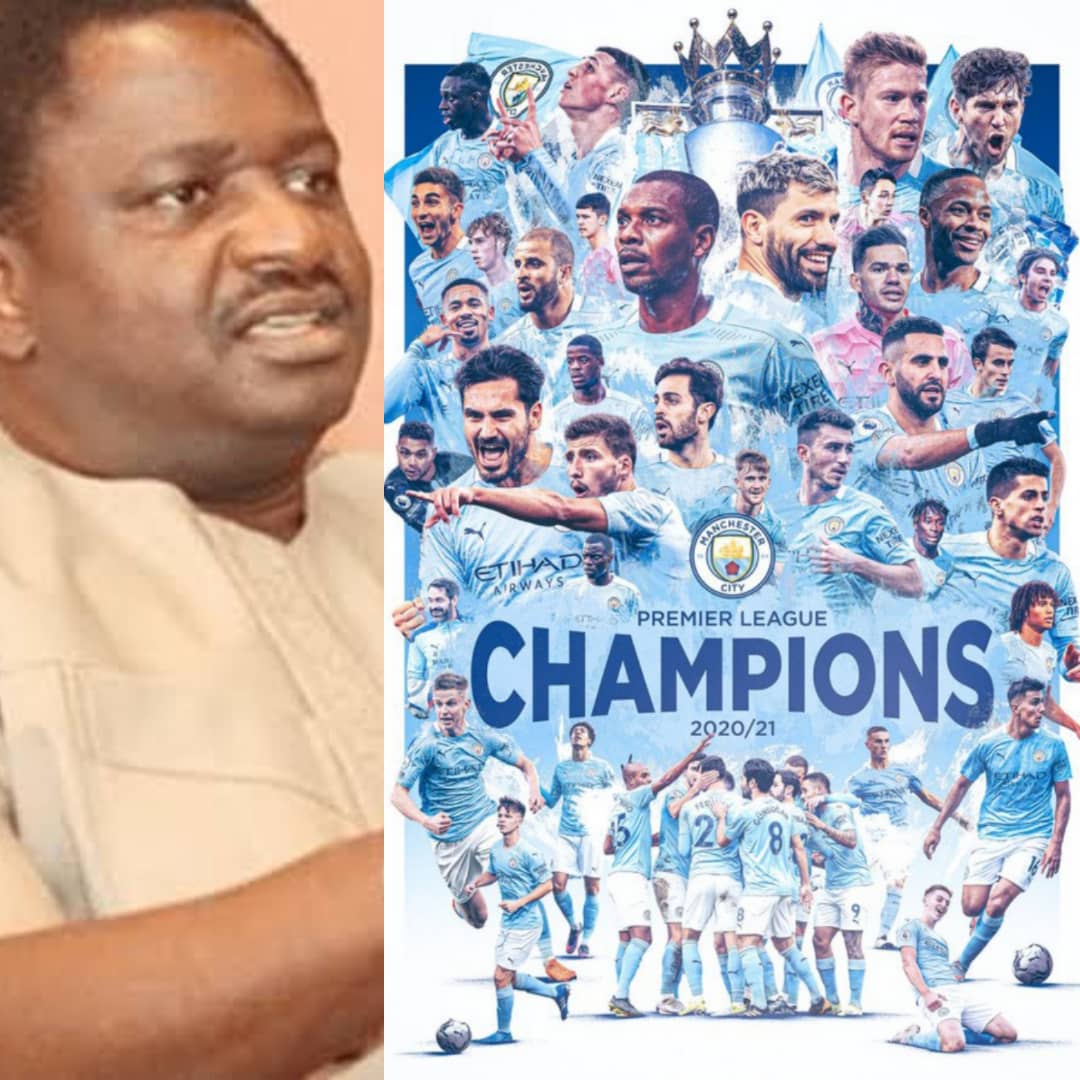 There is great hope that Nigeria will fly again in bright colours, according to Femi Adesina.

The media aide to President Buhari likened the predicaments of the country to the challenges of Man City which it eventually surmounted. The presidential aide has hopes that the club may win the Champions League in 2021.

The menace of insecurity in Nigeria has been compared to the many challenges faced by a top English Premier League (EPL) football club, Manchester City.

Femi Adesina, in a Facebook post on Thursday, May 13, said the drama that has characterised the initial ordeals of the club has a lot of lessons for Nigeria currently.

The presidential media aide said the fact that Manchester City got crowned champions three games to the end of the season after Manchester United lost 1-2 at home to Leicester City, holds great significance for the country.

Adesina explained that through all its failures and setbacks, the club tightly held on to the undying hope of rising to the top of the league, a notion which at the moment is no longer mere wishful thinking.

In his comparison, he asserted that Nigeria is sure to rise from its current travails under the President Buhari-led administration.

In his words: “Who says Nigeria will not rise from its current travails? Who says Aiye will always win? Not where God is involved. And God is involved with Nigeria, our own dear native land.

Under President Buhari, peace and security would be restored. “Man City bounced back from the ashes to emerge victors.

It has won the Carabao Cup this season, and may win the Champions League on May 29, if her luck holds. Liverpool would be back someday soon.

READ ALSO: Rise of being killed as a police in Nigeria

Just as Nigeria would confound the enemies, and it would happen under Buhari’s leadership.

The Good Book has said it, in Micah 7:8: “Rejoice not against me, O my enemy: when I fall, I shall rise again.”

Meanwhile, President Buhari had promised Nigerians that his administration would employ all resources and manpower to deal with bandits whose activities are threatening the nation’s food security. Nigeria’s leader made this vow when speaking with State House correspondents in Abuja after observing the Eid-el-Fitr prayers.