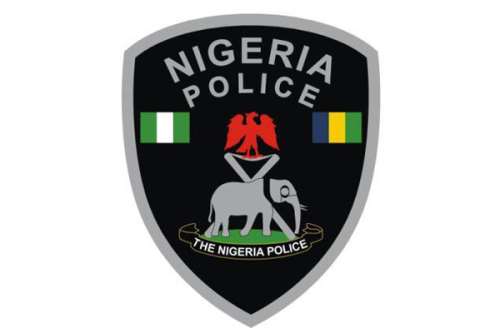 All over the media, we can say in the last seven days Nigeria has treated the police unfairly as well as other law enforcement men and women. Why the recent police deaths are particularly a problem is the dramatic rate, its unique nature, strangeness, and the unfortunate messages these acts send to the country.

All these are happening suddenly as Nigeria looks like tumbling into the darkness due to its most crucial issues—lawlessness, impunity, nepotism, joblessness, hopelessness, corruption, insecurity, and kidnapping.

Our President Muhammadu Buhari, two days later in one of his rare, televised address to the nation on Thursday evening, hardly and vaguely made references to the youths killed and severely injured in the country’s most powerful protests police brutality ever.

I see that as a grave emotional blunder on the part of the President’s advisers especially as it sends the message that Nigeria does not care about its peoples’ human rights.

And six months later at a time when the nation is dangerously been driven by mass insecurity, our Police officers and other law enforcement agents are now constant targets for violence. Guess what, unlike most nations, these law enforcement deaths did not spark any sort of national outcry. Unusually, they have mostly been shot, ambushed, and slain by unidentified gunmen an unusual occurrence worldwide.

Oddly, while the death of police globally is primarily being linked to traffic stops and responses to domestic violence calls, in Nigeria police are being attacked and slaughtered in different police stations and at stationary security checkpoints.

At the same time, attackers burn police stations, set patrol cars on fire, take away police assault rifles, film, and mock dying police, beheads and burn police bodies, and even free persons held in custody in cells with many of them held beyond allowed time.

In America, official reports so far this year, show that roughly 45 or so police officers have been shot with 11 killed. Let us compare. At the time of this writing and in the last 100 hours, media reports and police statements show that no fewer than 18 police officers have lost their lives and more than 40 policemen have been killed in the last two weeks across Nigeria. It could far be more given our poor data reporting in terms of actual police deaths and severe injuries.

The world and Nigerians are not specifically wondering what could be contributing to an anti-police atmosphere that puts officers in daily danger because for far too long the Nigeria police especially have engaged in the brutal suppression of its citizens — mostly in the hands of the reportedly gone notorious Special Anti-Robbery Squad, known as SARS, that has been accused of extortion, rape, kidnapping, harassment, torture, and extrajudicial killings.

Police officers have been known to target physical features of citizens such as dreadlocked or brightly colored hair, holding an iPhone as well those with laptops and tattoos. Police officers are known to shoot live ammunition to disperse a crowd, in celebration parties, bribe attack, and in some cases, innocent Nigerians got killed or permanently injured. What is all that about?

Very often, due to ineffective government and poor police accountability institutions and mechanisms justice is hardly done in many cases, and the end to the violence from both sides continues.

Our police officers cannot all be bad. Many police unfortunately will remain an easy target for slaying by surprise and ambushed as they find themselves in stations, checkpoints, and surroundings that lack appropriate and adequate communication gadgets, adequate electrical power supply lines, operational patrol vehicles/boats, and adequate weapons and firearms.

Many lack the wearing of special personal protective equipment such as body armor coverage like tactical gear like flak jackets, ballistic shields. So, they become targets for killings.

One reality is obvious, no matter what anyone thinks about the law enforcement institutions in Nigeria, our law enforcement officers who were killed in the line of duty, all have some type of family. When they die their families will be notified. It must be done with sensitivity and compassionately especially given the horrible and violent way many are dying.

No phone call to family members, the notification officer(s) visiting the homes should be accompanied by a cleric, psychologist, physician, or close friend. There must be an active system of disability benefits for police officers severely injured, and death benefits for those killed in the line of duty that will be immediately available to surviving families.

If Nigeria is to work towards becoming a healthy democratic society, police adherence to human rights must improve, police–community relations must improve, law enforcement technology, electricity, and water, information and communication must improve as well as police efficiency in Nigeria. As I continue to argue, this will not come through a centralized Nigeria police force but with the creation of State Policing.

Prof. John Egbeazien Oshodi, an American-based Police/Prison Scientist and Forensic/Clinical/Legal Psychologist. A government Consultant on matters of forensic-clinical adult/child psychological services in the USA; Chief Educator and Clinician at the Transatlantic Enrichment and Refresher Institute, an Online Lifelong Center for Personal, Professional, and Career Development.

The Founder of the Dr. John Egbeazien Oshodi Foundation, Center for Psychological Health and Behavioral Change in African settings especially. In 2011, he introduced the State-of-the-Art Forensic Psychology into Nigeria through N.U.C and the Nasarawa State University where he served in the Department of Psychology as an Associate Professor.

The Development Professor and International Liaison Consultant at the African University of Benin, and a Virtual Faculty at the ISCOM University, Benin of Republic. Author of over 36 academic publications/creations, at least 200 public opinion writeups on African issues, and various books.

Pulse Contributors is an initiative to highlight diverse journalistic voices. Pulse contributors do not represent the company Pulse and contribute on their own behalf.