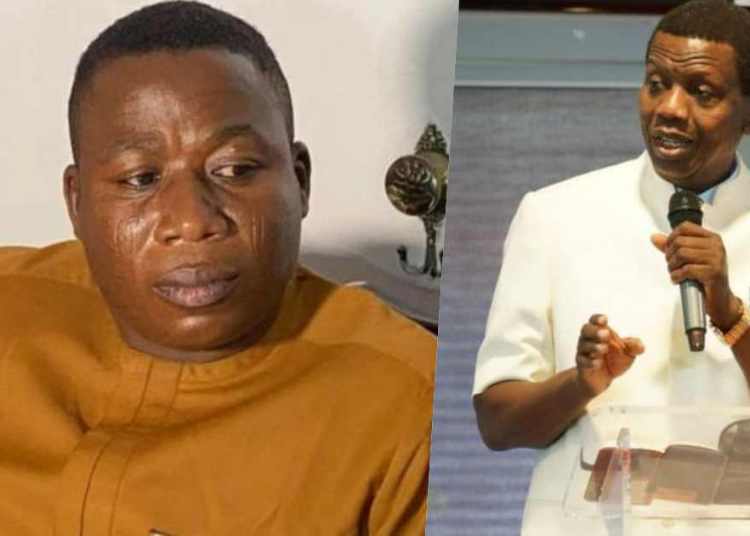 Self-proclaimed Yoruba nation activist, Sunday Adeyemo, aka Sunday Igboho, has made a u-turn on comments he made in a video where he mocked the General Overseer of the Redeemed Christian Church of God (RCCG), Pastor Enoch Adeboye, following the death of his son, Dare.

In the live Facebook video with his media aide, Oluyomi Koiki on Sunday, Igboho had said he refused to sympathise with Adeboye because the cleric did not support the clamour for a Yoruba nation.

Igboho also rained curses on Adeboye and other Yoruba leaders whom he said refused to support his cause, that they would continue to love their children, wives and families.

“Has Baba supported the Yoruba nation that we will now be greeting him? We don’t need to greet Adeboye. What is my own with that? We are not doing church here. This is not religion.

“Pastor Adeboye didn’t speak about the Yoruba nation. Look at the number of crowd in Baba Adeboye’s church. Is he not supposed to tell all of them to join the Yoruba nation? We don’t need to greet him.

“By the grace of God, anybody who says Yoruba will not get to the promised land, God will kill their children and wives and their entire family,” he had said.

However, following a backlash from Nigerians on social media, Igboho, in another post on Facebook late Sunday, recanted his words, saying he did not mock the man of God as he was misquoted.

“They said I mocked Pastor Adeboye, I didn’t mock that man. He is our father. I wasn’t talking to him. I don’t know him and he does not know me,” Igboho posted.

“I am a Christian. Had it been that I am a Muslim, they would have said I’m trying to be religious intolerant (sic). I was only saying the Yoruba nation is not a religious matter.

“We accommodate Muslims, Christians and traditionalists. I didn’t insult that man. People just misquoted me by cutting that part of the video. Did I mock him? I didn’t say anything concerning him.

“I was asked a question about the death of his son, how will I mock him over his son’s death. I can’t pray that his son should die. I didn’t say anything negative about him.

READ ALSO: Igboho Reveals Why He won’t sympathise with Adeboye over son’s demise

“I said all elders who have the power to assist the Yoruba race but choose not to, I rained curses on them.

“God who created us knows when we will go back. Whoever mocks the dead will also die one day. We all will die. How will I mock the dead?

“I didn’t insult the deceased son. May God forgive the dead and may his soul rest in peace. May our father live long,” Igboho stated.