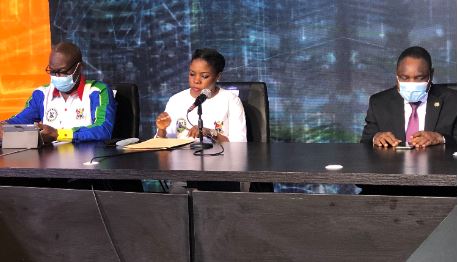 The state’s Commissioner for Agriculture, Ms. Abisola Olusanya added that the two upgraded Lagos State Food Production Centres at Badagry and Araga would help boost the state’s food self-sufficiency status, as well as, reduce its dependence on other States for food.

According to her, such treatment would enable the State to concentrate on the value chains where it has a comparative advantage as well as develop strategic partnerships that would stimulate investments in the State.

“The administration of Mr. Babajide Sanwo-Olu has shown its utmost commitment to boost its self-sufficiency status by building a food production system that is sustainable so that we can begin to grow our own food and reduce our dependence on other States.

“One of such initiatives is the establishment and renovation of Lagos Food Production Centers. The Agric-YES facilities at Badagry and Araga, Epe have now been upgraded to the Lagos State Food Production Centres in order to increase food production in the State.

“The existing facilities are being rehabilitated while new ones are being added. The Plan is for trainees from the Lagos Agripreneurship Programme (LAP) to use the facilities after their training

The Commissioner pointed out that the 5-Year Agricultural and Food Systems Roadmap which the State Government launch recently would also help to reform, transform and maximize the potentials of the agricultural sector in the State.

She stated that other projects such as the Lagos Aquaculture Center for Excellence (LACE), the 32 metric tonnes per hour rice mill in Imota and the development of fish clustering ecosystems would further help build a sustainable food production system in the State.

She added that the proposed Lagos Aquaculture Center for Excellence (LACE) Project would see to the establishment of aquaculture facilities using the latest technology in Recirculating Aquaculture Systems (RAS), and “Semi-flow through Systems.”

Olusanya disclosed that the nearly completed 32 metric tonnes per hour rice mill at Imota is expected to produce 2.4million bags of 50Kg rice per annum while providing a total of 267,580 jobs at different stages of the value chains, reduce the cost of rice locally, enhance food self-sufficiency and revenue generation in the State and the country at large.

She stated that in preparation for the take-off of the Mill, the State has already trained, built capacity and empowered 800 rice farmers across the State adding that the farmers were also -encouraged to produce the varieties and high-quality paddy required by the mill for offtake.

The Commissioner pointed out that the State Government would henceforth prioritize the development of fish clustering ecosystem to enhance sector development and linkages between smallholder and large-scale fish farmers.

Ethiopians have to pay more as gasoline prices hikes by 20%