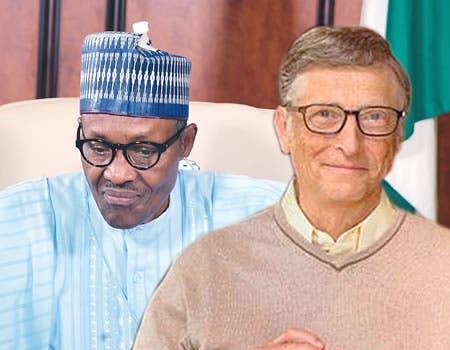 Most recent data postulates that the tech billionaire currently holds about $59.1 billion in the bank, far surpassing Nigeria’s Stock Exchange valuation of $53.7 billion (N20.4 trillion) at the time this report was drafted.

The American billionaire is currently the fourth richest man in the world and his net worth is at a record high despite transferring nearly $2.4 billion in securities to Melinda Gates via Cascade Investment, Bill Gates investment vehicle, after filing for a divorce.

The troubled couple however affirmed their plan on remaining co-chairs and trustees of the Bill & Melinda Gates Foundation.

His wealth is currently valued at $146 billion and he is estimated to have gained 14.1 billion in barely four months.

Gates has earned more than $50 billion in stock and dividends, including a $3.3 billion payout from Microsoft in 2004, as he owns about 1% of the world’s biggest software company.

He is the biggest shareholder of Canada’s biggest railroad operator, the Canadian National Railway.

The billionaire has also disclosed that he doesn’t have any Bitcoin and spoke on the high price swing of the flagship crypto, often driven by “mania” prevailing in crypto markets making it hard for a normal investor to predict the crypto asset’s trajectory.

The data above shows that Bill Gates holds a significant amount of his wealth in cash, although it is noteworthy that he also has exposures in global equities, real estate, and collectables, which are also significant wealth creators for him.

Market experts have opined that the rationale behind holding so much cash amid rising inflation is to fund his philanthropic missions as he donates much of his wealth to causes that help better the world.