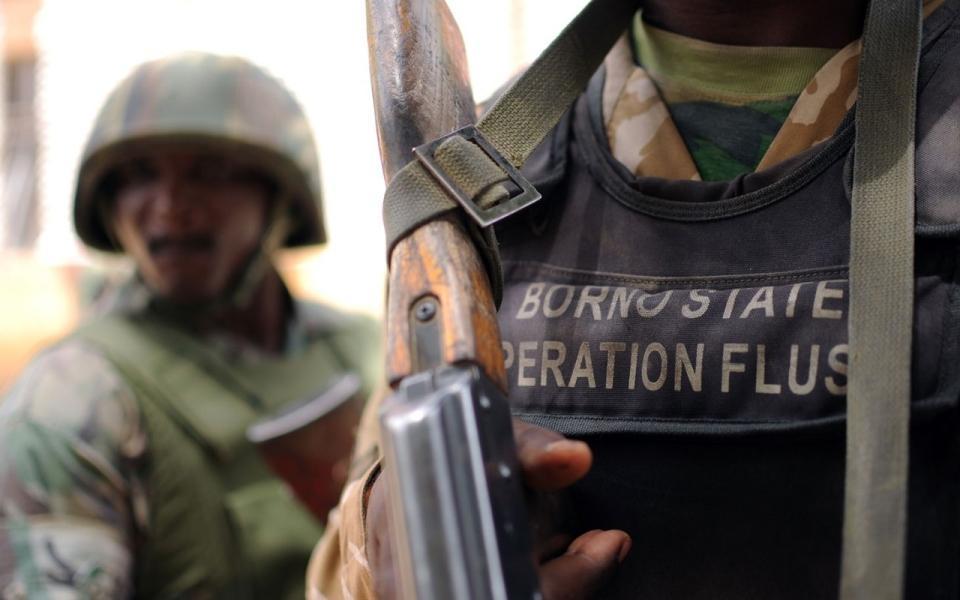 When the report by the broadcast media on the event started playing, I had thought it was a valedictory session where some war veterans were taking a well-deserved bow.

But when it became clearer that the day’s celebrants were the General Lucky Irabor led new service chiefs, I had to put off my initial doubt to watch more closely to find that the colourful reception by the Senate for the team was real and that it departed substantially from the old familiar song whose chorus was that no one knows into what use the military had put the huge resources appropriated and allegedly received by them.

It was as if the Senate had just discovered how well the funds had been meaningfully utilized. If so, what was the source of the new information? I mean was it credible evidence obtained from oversight function?

I just hope the Senate’s position was not informed by the predictions of any of our vision-seeing members of the clergy!

Whatever the source, one thing which is certain, is that no one can blame a television viewer for being cynical; after all, the general narrative on ground has been one of despondence in which the public had been made to believe that funds meant for the military were usually diverted by the top hierarchy leaving nothing for the troops to prosecute the insurgency war.

Indeed, when the last service chiefs left office, there were reports of jubilation in military circles especially at the war front which tended to validate the rumour that military funds were truly misappropriated.

Although there were official attempts to clarify the statement credited to the National Security Adviser NSA that weapons and equipment that should have been bought were not bought, the general feeling which subsisted was that the funds were missing.

There was in fact the allegation by the International foundation against corruption that about N10.02 trillion spent on the security sector in Nigeria has had no audit report from 2015 till today.

So, why was the Senate President presenting a vote of thanks in favour of the military? Could it be that the legislature suddenly discovered that the military leaders were innocent of all charges against them and that the funds reportedly appropriated for the military never got to them? I found that slightly hard to believe because Zainab Ahmed, our Minister of finance, budget and national planning who should know, had confirmed two days earlier, that all the funds were released.

The Minister spoke at an interactive session with members of the Senate Committee on the Army.

She also asserted that apart from funding the budget of the army almost 100 per cent, there had been a lot of instances where the security leaders went to the president, got special approvals and still got the funds.

Interestingly, the Chairman of the same committee, Senator Alli Ndume had continuously complained that funds for the Army were not received by the Army.

How then, can one understand our insurgency fight where the appropriation, delivery and receipt of the resources for the fight are turned into a story of several versions? This confusion would not have arisen if oversight functions are implemented creditably in Nigeria.

But painfully they are not. Elsewhere, what touches a nation most is the concern of all; in which case, Nigerians should have been mobilized by government to focus on our current major problem which incidentally concerns the security and welfare of the people.

We ought not to have subjected our military to the distraction of spending much time pursuing approved funds.

In other words, a team of legislators should have since been stationed in Sambisa by way of symbolically carrying supervision to the very point of assignment as they do, all the time, especially with lucrative agencies such as the NNPC.

If that had been done, the new service chiefs would not have, on assumption of duty and indeed before settling in, be called to account for purchases made by their predecessors. Why was there no oversight at the appropriate time? Honestly, oversight functions by the legislature have in the last one year dropped significantly.

In August 2020, thirty-nine (39) Civil Society Organizations (CSOs) issued a joint statement accusing the National Assembly of not only a drop in her oversight functions but a general lack of commitment to duty.

The CSOs arrived at this conclusion after a study of the performance of the lawmakers for the legislative year beginning from June 2019 to July 2020 in which they found that the legislators sat for only 149 days instead of the 181 days prescribed by the constitution.

This may have been caused by the propensity of the legislators to enjoy several holidays and adjournments. For example, although all other public sector services had only two days declared as public holidays last month for Easter, the legislators were away for the same festivity for three weeks.

They have in the last three days already begun their own Sallah holidays, yet to be officially declared by government and they are not expected back till May 18th.

We, therefore, agree with the CSOs that there ought not to be a drop in legislative activities by the National Assembly at a time when its role has become more critical than ever before, in joining the Executive to find solutions to the unprecedented challenges currently facing the country.

We also believe that our legislators should revive their mechanism for their constitutionally approved oversight functions provided, they remove from it, the tendency to commercialize the subject.

The old order whereby legislators blackmailed some Ministries, Departments and Agencies into settling their travelling costs etc. must be halted.

In addition, there is the need for the legislature to always get to the logical end of every investigation. Not many were pleased for instance, with how the allegations made publicly that NDDC contracts were cornered by legislators was swept under the carpet.

This attitude has always adversely affected public expectations whenever the legislature jumps into every matter as if nothing must go past them without their input.

The posture no doubt has a fair share in the failure of Nigeria to have strong institutions. When for example, there is some emergency in any part of the country, and the very next day the legislature passes a resolution ‘directing’ NEMA to help the victims of the occurrence, it suggests that the entity has no capacity to independently face its mandate.

It also removes from them, personal initiative and discretion. Such interventions are only rational in cases where the resolution was provoked by transparent lethargy on the part of the relevant societal institution.

It is worse when the legislature disrupts the schedule of duties of public bodies through incessant summoning of chief executives who are never allowed in what looks like ‘a show of ego’ to delegate their appearance.

It is particularly offensive when it is done to the military that should be encouraged to completely face the nation’s current difficulty of incessant killings in several parts of the country.