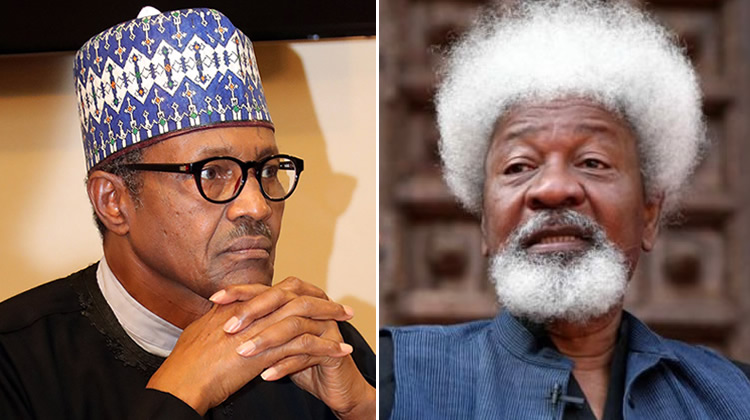 Soyinka stated this at the book reading and signing of two of his books titled ‘Trumpism in Academe’ and ‘Chronicles of the Happiest People on Earth’ in Abuja on Saturday.

He was responding to former Imo State Governor, Rochas Okorocha, who asked if he could write a story that would inspire unity among the various tribes in the country.

In response, Soyinka claimed Nigeria had lost a key opportunity to unite.

“We had a critical moment and we lost that moment. The moment when this country could have come together.

“There has been more than one moment and we lost the moment. Will another one come? I don’t know. Right now I don’t see it under this government quite frankly.

“There is a failure, a systemic failure in present governance and I don’t know who can put it together,” Soyinka added.

Soyinka however insisted that Nigeria should remain one entity.

It was earlier reported that INEC scheduled February 18, 2023, for the presidential election while promising to release the timetable for the National Assembly and governorship elections in November this year.

The commission had also lamented over recent attacks on its facilities, especially in the wake of an attack on its Akwa Ibom office, saying if unchecked, may affect future elections.

The commission however vowed that it would ensure the interest of future elections.