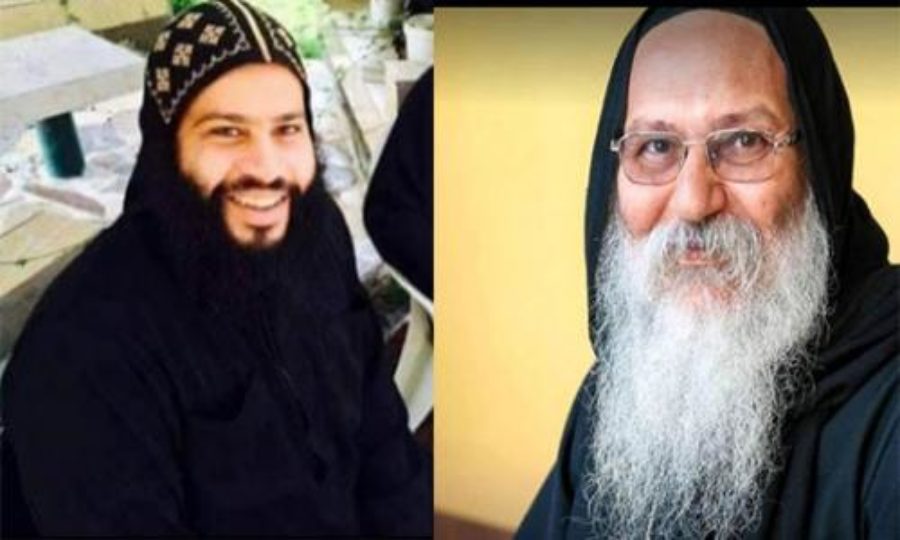 Egyptian monks Wael Saad and Ramon Rasmi Mansour, were convicted of the killing of Bishop Epiphanius, 64.

Egyptian authorities on Sunday executed a defrocked monk convicted of killing an abbot in a desert monastery north of Cairo, officials said.

he 2018 killing of Bishop Epiphanius, an abbot at St. Macarius Monastery, shocked Egypts Coptic Orthodox Church, one of the oldest Christian communities in the world and the one that introduced monasticism to the faith. The monastery was built in the 4th century.

Two defrocked monks, identified as Isaiah and and Faltaous, were convicted of killing Epiphanius and sentenced to death by a criminal court in April 2019. The Court of Cassation, the countrys highest criminal court, last year upheld the death sentence against Isaiah and gave Faltaous a life sentence.

Isaiah was executed Monday by hanging In the Wadi Natrun prison complex in the Nile Delta province of Beheira, the officials said. They spoke on condition of anonymity because they were not authorized to brief the media.

The abbot was killed in the middle of the night in a part of the vast monastery not covered by security cameras. Prosecutors said he was killed with blows to the head by an iron bar.

The abbots killing has exposed a side of the church that few in Egypt Muslim or Christian knew existed, including the growing power and independence of monks in remote monasteries who appear to be at odds with Pope Tawadros II and the churchs central leadership.

Among these monks are some who espouse a policy of isolationism and see themselves as guardians of the true faith. They are pitted against a more mainstream faction that favors building bridges with other churches and lending political support to the government.

The execution of Isaiah was the latest in a serious of executions that placed Egypt among the four Middle Eastern countries topping the global list of executioners in 2020, according to Amnesty International. The Arab worlds most populous country held 107 executions last year, a significant increase from the 32 recorded in 2019, the group said.

Last month, authorities executed nine suspected Islamists convicted of murder in an attack on a police station in 2013, an assault resulted in the deaths of 15 people, including 11 police.

Saad’s family was notified to receive his body from a morgue in the Nile Delta town of Damanhour on Sunday, his brother, who is also a monk, said.

Prosecutors had said during their trial that Saad struck the bishop three times in the back of the head with a steel pipe while Mansour stood guard outside.

Mansour was also sentenced to death but his sentence was reduced to life after he won an appeal.
They were defrocked in August 2018 for what church officials called violations of monastic life and then detained.