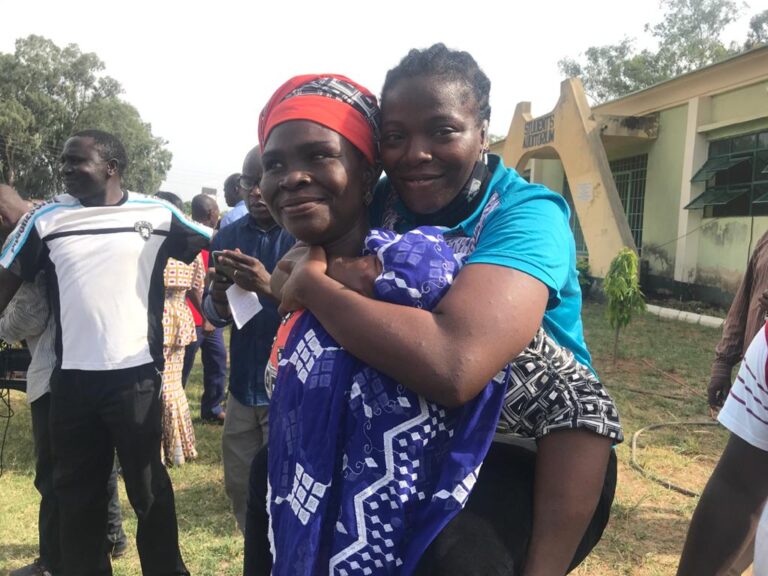 The freed students of Afaka School of For­estry, Kaduna State who were abducted by gunmen, have revealed their horrifying experience in their abductors’ hands.

The students, who spent 56 days in the hands of their abductors said they will nev­er wish the ordeal they went through to even their enemies.

Speaking with Saturday INDEPENDENT after they united with their parents at the Afaka School of Forestry premises, one of the students (name withheld) disclosed that they were fed only once a day all through their stay in captivity.

According to the female student, “We were fed only once a day with Tuwo Mia and Kuka. The suffering we went through is indescrib­able.

Throughout our stay in captivity, which was about 56 days, we never had a bath and only drank stream wa­ter, which was fetched by the boys who were also kidnapped along with us.

“The boys were escorted by the gunmen to fetch water from the stream while we sit and waited for them to come for us to use the stream water for cooking,” she narrated.

Asked why they could not escape when the boys were escorted by the gunmen to the stream to fetch water, she lamented that they were constantly watched by other gunmen who were large in number.

Prompted further if they were molested, she said: “No, we were not sexually molest­ed by the gunmen. When it rains we were made to stay in a hut but the rain still beat us, as the hut is very small.”

Asked if the gunmen still went out to kidnap while they were there, she said, “Yes. While we were there other abductees were also brought in. But we have forgiven them and pray to God for them to have a change of heart.

“We thank God for breath­ing the air of freedom again. One of the abducted students who were pregnant before the kidnap had a miscarriage as a result of the horrifying expe­rience in captivity,” she stated.

Most of the parents who were celebrating for the free­dom and return of their chil­dren expressed joy and prayed for other captives in the hands of the gunmen to regain their freedom.

A parent, who also spoke to reporters and does not want his name in print expressed joy at the return of his children.

He said “My joy knows no bounds for the safe return of my chil­dren.They have suffered but we thank God and all those who helped to make their re­turn possible as we also pray for the return of the Green­field University Students.

“It is not easy as a parent. The wait was horrifying, not knowing if your child is alive or dead, whether she is eating or not, and also imagining the kind of situation she is in. It is not a good experience at all,” he said.