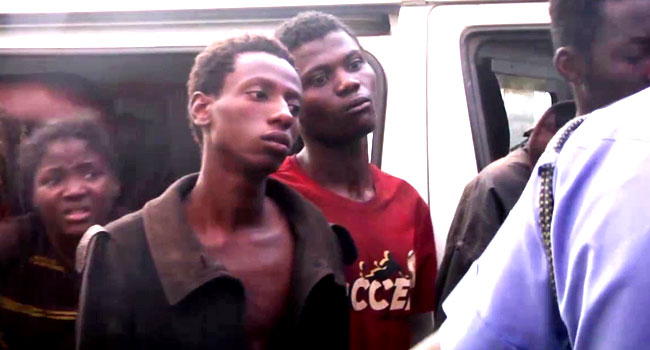 Respite came for 27 students abducted by bandits from Federal College of Forestry Mechanisation, Afaka, Kaduna, as they gained their freedom yesterday after 56 days in captivity.

The students were released in Kindanda village, Giwa local government area of the state.

The release was reportedly facilitated by the Sheikh Abubakar Gumi dialogue committee with support from former President Olusegun Obasanjo.

The students were among the 39 abducted two months ago. After payment of ransom by parents and the school management, the bandits had last month released 10 of the victims while two others escaped from captivity.

Chairman of the parents’ forum, Mallam Abdullahi Usman, in an interview with The Guardian, commended the roles played by Obasanjo, Sheikh Gumi and other stakeholders, saying “their facilitation was very helpful in the release of the students.”

Asked if additional ransom was paid to the bandits before the release, Usman said: “I cannot confirm whether ransom was paid or not. Our main joy and happiness is that our students are back.”

Parents of the kidnapped students had on Tuesday protested the prolonged abduction of their wards at the National Assembly complex.

The freed students are separate from the 16 students of Greenfield University, Kaduna, who are yet to be release, with their abductors threatening mass killing if ransom is not paid.

The Kaduna State Government last night expressed overwhelming happiness with parents of the Afaka students. The freed students were received at the state Police Command Headquarters.

The students, who were escorted by security agents, arrived in two 18-seater Hiace buses and an ambulance. Most of the students appeared weak and could barely walk, as one of the female students was carried by a security agent on mufti.

It was observed that majority of the students appeared in tattered clothes. Some were in their night wear while others dressed half-clad. Journalists were barred from taking shots of the students as they were led into the conference hall of the police command.

In a statement by Aruwan, Governor Nasir El-Rufai charged the students to view their ordeal as a motivation to put the past behind and work hard towards a happier and successful future ahead. 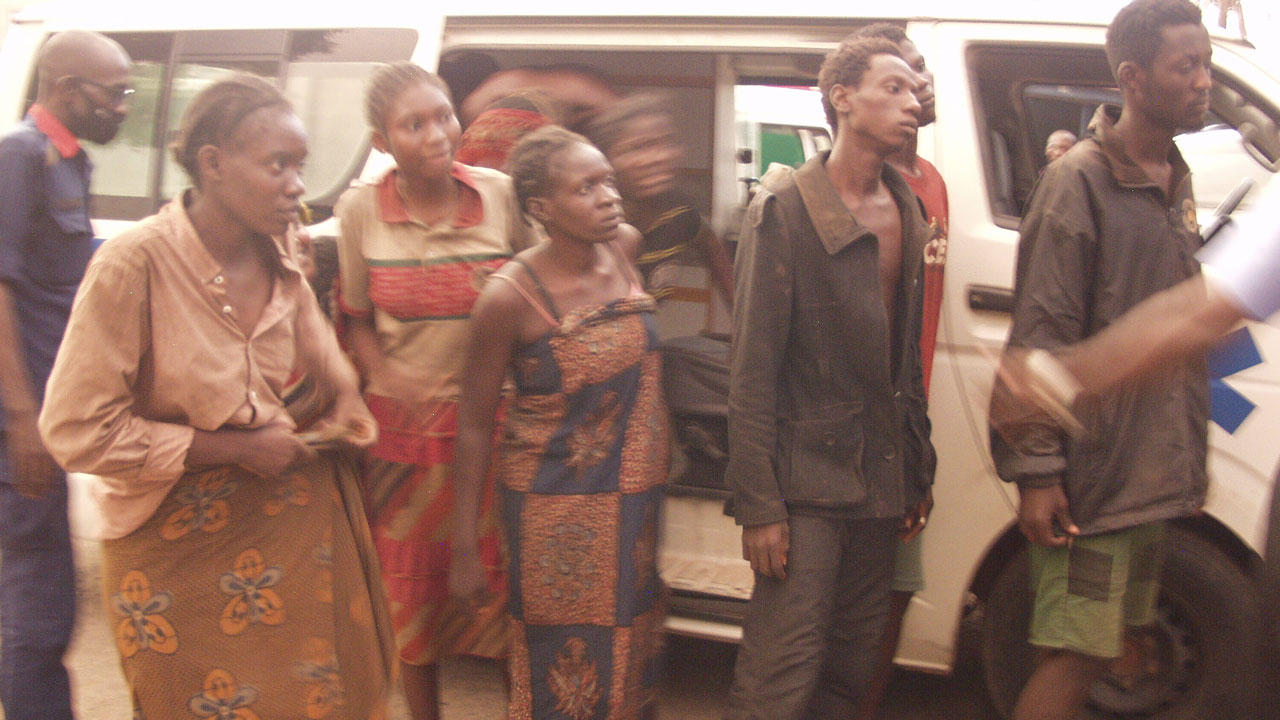 Meanwhile It is reported that bandits, yesterday, returned to Kaduna State, the epicenter of kidnap activities with more attacks in the dreaded Chikun and Kajuru local government areas of the state, when they invaded Mahu village, killing two and kidnapping many.

The bandits also attacked and razed the Cherubim and Seraphim Movement Church in the area, coming a day after bandits killed two persons and injured others in the area.

The Commissioner for Internal Security and Home Affairs, Samuel Aruwan, confirmed the attack, saying that 13 of those kidnapped were rescued by troops of Operation Thunder Strike. He gave the identities of those killed as Ezekiel Iliya and Nasara Yohanna, whom he claimed were volunteers.

According to the Commissioner, the bandits also burnt a church and looted some houses in the area. “The 13 persons, originally from Dutse, went to work at a farm located around Bakin Kasuwa in Chikun LGA and were attacked by armed bandits.

“Troops on receiving credible intelligence of the abduction trailed the bandits to a forest near Bana village and there engaged them in a gun duel. The 13 citizens were thus rescued.”

REACTING, the Peoples Democratic Party (PDP) has condemned what it called the admission by the Federal Government that it is incapable of prosecuting bandits, terrorists and kidnappers. It described as unfortunate the statement by the Minister of Information and National Orientation, Lai Mohammed, that the Federal Government is not duty bound to protect Nigerians from bandits.

In a statement by its national publicity secretary, Kola Ologbondiyan, on Wednesday, the PDP said the minister’s statement has confirmed apprehension that “the All Progressives Congress and the Buhari Presidency have surrendered our nation to terrorists.”

The PDP stressed that the statement by the minister is another clear evidence that “President Muhammadu Buhari is indeed absent, has completely abdicated the responsibilities of his office and capitulated to bandits.”

The party said: “It is incredulous that the Buhari Presidency, in its failures, is abdicating a responsibility exclusively vested on it by the 1999 Constitution (as amended) to operate all apparatus of national security: the police, military, paramilitary and all other armed services; to secure life and property in all parts of our country.

Perhaps, President Buhari and his minister of information need to be tutored that the Second Schedule (Exclusive Legislative List) clearly vested the control of all apparatus of national security on the Federal Government and not the states.

“It is unthinkable that President Buhari, who promised to lead from the front, is now running away from duty while seeking to heap the burden of his office on the states, who do not have control of security agencies,” the party stated.

The PDP called on President Buhari “to come out of hiding and address the nation, in his own voice, on the worsening insecurity in our country, occasioned by his misrule.”

MEANWHILE, the alleged disappearance of fiery Catholic priest, Ejike Camilus Mbaka, yesterday sparked angry protests in Enugu by members of the church and his Adoration Ministry.

The protesters, who carried placards and marched from the Adoration Ministry ground in Emene, Enugu to the residence of the Catholic Bishop at Igboeze Street, Independence layout, demanded to see their priest, whom they alleged was invited by their Bishop, Callistus Onaga, on Tuesday night but had not returned.

It was gathered that the protesting mob, numbering over 1,000, had gone to the Wednesday “E no dey” programme held at the Adoration ground but were shocked to receive information that Mbaka had not returned since he left on Tuesday night to the residence of the Bishop. They had therefore, grouped themselves and marched to the Bishop’s court.

On arrival at the Bishop’s court and when informed that the Bishop had gone out, they forced their way into all the rooms in the massive compound.

Disappointed that he (Mbaka) was not hidden in any of the rooms, they hauled stones and other dangerous objects at the buildings and in the process, destroyed all the glass windows, doors, electronics devices and other household property.

Not even the presence of gun-wielding security officials that included soldiers, police and civil defence mobilised by the church, could stop the protesters.

Chanting anti-Onaga’s slogan, they alleged that Mbaka, who had been embroiled in a battle of words with the Federal Government since last week, was arrested at the Bishop’s residence by security operatives and whisked away to an unknown destination.

After attacking the residence of the Bishop, the protesters marched to the Holy Ghost Cathedral in Enugu in “search” of the priest. As they marched, they forced vehicles to mount green leaves as a sign of solidarity. The development increased traffic situation in the state capital.

On their way however, information was received that he (Mbaka) had been “released” and had returned to his Adoration ground. The development led to jubilation by some of the protesters.

The priest arrived at the Catholic Bishop’s residence in a motorcade amidst jubilation from his Adoration faithful around 2:45p.m. He, however, stopped in front of the Bishop’s Court and addressed his supporters urging them to remain calm and return to the Adoration ground for further information.

Details of his “arrest” and “release” were not clear. It was however gathered that he would make a public appearance at the Emene Adoration ground later in the day.

Confusion had trailed the whereabouts of the priest on Wednesday. The Department of State Services (DSS) had earlier said the priest was not in their custody. “Rev Fr. Mbaka is not with the DSS please,” the spokesperson of the service, Peter Afuanya, was quoted as saying.

READ ALSO: Buhari Reveals Those Who Contributed to Release of Forestry Students

Some officials of the Catholic Diocese of Enugu who were earlier contacted denied he was neither arrested nor knew about his alleged disappearance.

But the online media that carried the report quoted the Ohanaeze Youth Council as confirming his “disappearance” in a statement released by Okwu Nnabuike. The statement had said that it gathered information about the “missing” priest from officials of his ministry.

Some reporters who had gone to the Adoration ground earlier in the day when the news filtered out that Mbaka was “missing” to ascertain the situation of things were seized by the worshippers, who accused them of “being sent by the Catholic Bishop to spy on them”.

For over two hours, the reporters were held in the premises of the ministry with their phones and other gadgets seized. They were later released after all that they recorded were cleared from the gadgets by the worshippers.