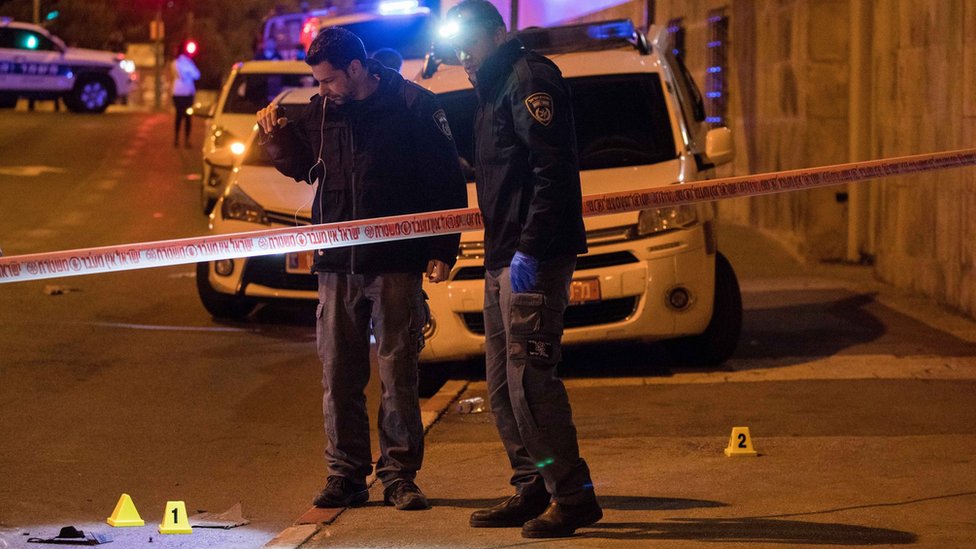 The shots were fired from the car at the Tapuah Junction south of Nablus on Sunday, the Israeli military said, adding that two of the Israelis sustained serious injuries.

“IDF troops returned fire at the vehicle, which fled the scene. IDF troops are searching for the vehicle and are setting up roadblocks in the area,” the military said, according to Israeli media, which claimed that the victims were civilians.

Palestinian sources, however, refuted Israeli media’s claim, saying the Israelis shot in the incident were soldiers.

They quoted eyewitnesses as saying that a Palestinian came out of his car near a checkpoint and began firing at Israeli troops, after which the shooter got into the car and left the scene.

Medics said one of the injured Israelis was in critical condition and received CPR en route to the hospital and another was in and out of consciousness, while the third sustained light injuries.

“Many medical teams from different specialties are providing treatment and doing what they can to stabilize the conditions” of the two seriously injured soldiers, a hospital spokesperson said.

Israeli Prime Minister Benjamin Netanyahu voiced certainty that the attackers would be tracked down quickly.

The incident came hours after Israeli forces martyred a Palestinian woman in the southern part of West Bank over an alleged stabbing attempt against the regime’s soldiers.

In a statement, the Israeli military said the attempted stabbing occurred at Gush Etzion Junction near the southern West Bank city of al-Khalil, located 30 kilometers (19 miles) south of al-Quds, on Sunday morning.