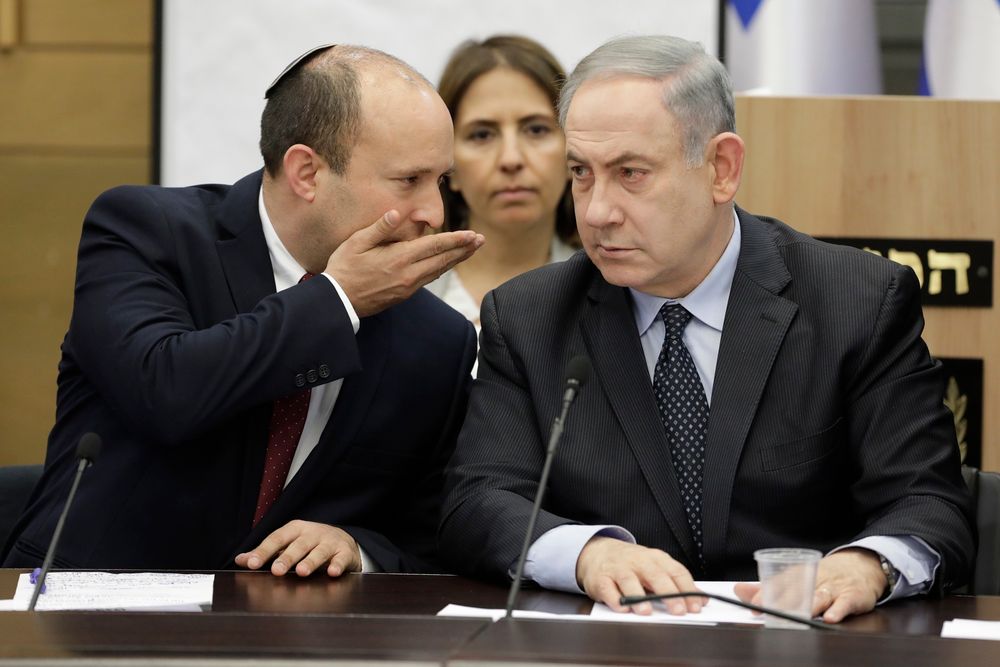 Bennett said his top priority remains forming right-wing govt, but the obstacle to forming a right-wing government is not Yamina.

Netanyahu offered Bennett to serve as prime minister for a year and then he would return to the Prime Minister’s Office. The offer came a day before Netanyahu’s mandate to form a government ends Tuesday night.

“In order to prevent the formation of a left-wing government, I told Naftali Bennet that I would be willing to accept his request for a rotation agreement in which he would serve as prime minister for a year,” Netanyahu said. “Yamina members would receive important posts in the government and the Knesset.

And if we, God forbid, do not form a government, and I don’t think it would come to that, we would run on a combined list for the Knesset, in which his entire party maintains its identity and its relative power.”

Netanyahu expressed confidence that if Bennett signed such a deal, a government could be formed, even though the Religious Zionist Party has not agreed to the outside support of Ra’am and New Hope has ruled out backing a government in which Netanyahu would rotate as prime minister.

“Bennnett wrote ten days ago that a right-wing government could be formed if I step aside for the first year,” Netanyahu said. “I moved. It’s your turn now.”

Responding to Netanyahu, Bennett said the prime minister was just trying to blame him for his failure to build a government. He said Religious Zionist Party leader Bezalel Smotrich’s refusal to join Netanyahu’s government was the real problem. Bennett said his top priority remains forming right-wing govt, but the obstacle to forming a right-wing government is not Yamina.

“I didn’t ask him to head the government but for there to be a government, and he doesn’t have one because of Smotrich,” Bennet said. “Netanyahu formed a satellite party and lost control over it.”

Yesh Atid head Yair Lapid told his faction that the second mandate from Rivlin must go to him, not Bennett.
But he said Bennett could trust him to keep his promise to go first in a rotation in the Prime Minister’s Office, and he should not trust Netanyahu.

“What I offered will be kept, and what Netanyahu offered will never happen,” Lapid said.
Lapid said he would not rule out a coalition with two Arab parties that would not include Yamina but that he did not want to “play games.”

Yisrael Beytenu leader Avigdor Liberman told his faction that it is possible for all the parties in the anti-Netanyahu camp to form a government by Tuesday night.