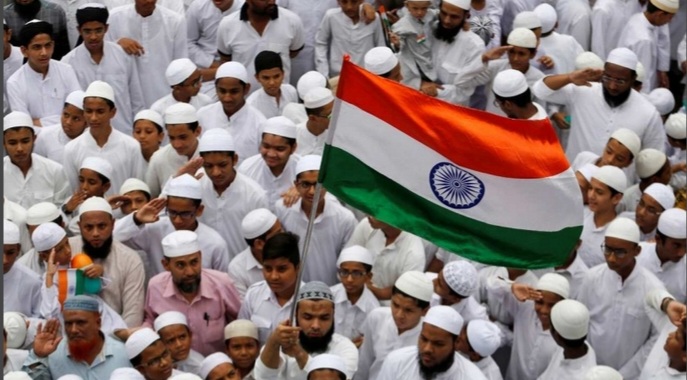 Many Muslim renters, even in big cosmopolitan cities, say it has become extremely difficult for them to find a place to live because of widespread religious discrimination.

It was earlier reported that, the Popular Front of India (PFI) is a Muslim political association the Indian government says is behind violent protests. While many welcome the ban, critics say similar Hindu interest groups should be banned as well.

The crackdown was coordinated by the National Investigation Agency (NIA), India’s top anti-terror agency, and the Enforcement Directorate, which fights financial crimes.

In a statement, the Indian government said the PFI and its affiliates have been involved in “subversive activities,” including disturbing public order, undermining India’s constitutional order and encouraging and enforcing a terror-based regressive regime.

The ban was carried out under India’s stringent Unlawful Activities (Prevention) Act (UAPA), which grants the government extraordinary powers to pursue organizations considered as a threat to the “integrity and sovereignty” of India.

Indian officials had been planning to ban PFI for a while, but after the diplomatic storm following controversial “Islamophobic” remarks made by senior members of the ruling Bharatiya Janata Party (BJP) about the Islamic Prophet Muhammed several months ago, the plans were kept on the backburner.

The nationwide crackdown on PFI and its subsequent ban sparked violent protests in parts of India’s southern Kerala state, where the PFI is dominant. Agitated activists pelted stones at public buses and destroyed property and vehicles.

What is the PFI?

The PFI was created in 2007 through the merger of three Muslim organizations in southern India: The National Development Front in Kerala, the Karnataka Forum for Dignity, and the Manitha Neethi Pasarai in Tamil Nadu.

Although the PFI has a strong presence in the southern states of Kerala and Karnataka, it is active in more than 20 Indian states and counts nearly 400,000 members, according to its own estimates.

It has projected itself as an organization that fights for the rights of minorities, Dalits and marginalized communities.

The PFI has itself never contested elections, but has been involved in carrying out social and Islamic religious work on behalf of Indian Muslims.

But its members were also accused of chopping off a college professor’s hands in 2010 for offending Muslim religious sentiments.

Furthermore, the group has been accused of funding violent protests against the controversial Citizenship Amendment Act (CAA).

In 2020, Muslims across India took to the streets to protest the CAA, legislation that fast-tracked Indian citizenship for non-Muslim minorities from neighboring countries but excluded Muslims.

Earlier this year, the Karnataka government accused the PFI of inciting protests after a school in the southern state banned female students from wearing Islamic headscarves, or hijab.

The student and women wing of PFI, the Campus Front of India, and National Women’s Front, are accused of actively participating in these pro-hijab demonstrations.

“It has been responsible for engineering communal tensions, killing Hindu activists, mobilizing Muslims for violent protests and links with global terror organizations,” a senior intelligence official told DW on condition of anonymity.

India’s government has accused the PFI of ties with Islamist groups like the banned Students Islamic Movement of India, the Jamat-ul-Mujahideen of Bangladesh and the “Islamic State” of Iraq and Syria.

Security agencies said they have evidence of over 20 young PFI members, mostly from Kerala, participating in terror activities in Syria, Afghanistan and Iraq.

In addition, authorities said the PFI has an elaborate mechanism to raise clandestine funding from sources abroad.

The Indian Union Muslim League (IUML), a Muslim interest group primarily based in Kerala, welcomed the government’s decision on the ban, saying it has opposed the PFI’s ideology since the beginning.

“The PFI has done great harm to minorities and its activities have fueled majority communalism in the country. But banning the PFI and allowing the RSS and other Hindu outfits to act is unfair,” IUML national general secretary PK Kunhalikutty told DW.

While many mainstream politicians and political parties saw the ban as a correct decision, some within the opposition also called for a similar ban on the Rashtriya Swayamsevak Sangh (RSS), the Hindu-nationalist ideological mentor of the BJP.

“The RSS should also be banned like this. In Kerala, both majority communalism and minority communalism should be equally opposed. Both the outfits have flared up communal hatred and thus tried to create division in society,” said former Congress leader Ramesh Chennithala.

Over 40 political organizations have been banned by India’s government, which labeled them as “terror organizations” under the UAPA. The list includes outfits like the Lashkar-e-Taiba, Hizb-ul-Mujahideen and the International Sikh Youth Federation.

The Home Ministry’s PFI ban will now be reviewed by a tribunal set up under the anti-terror law and headed by a Delhi High Court judge.