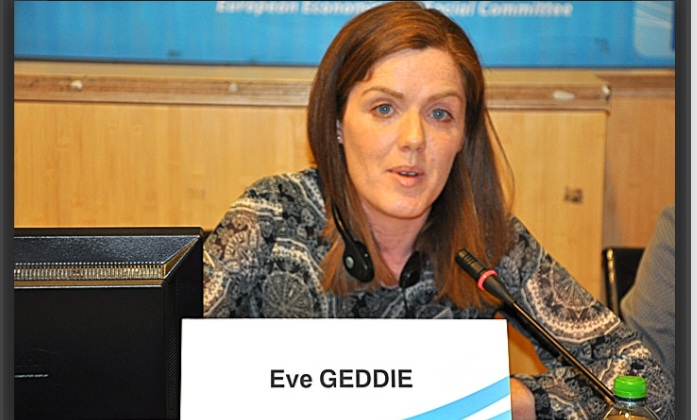 The European Union and Israel held high-level talks on Monday for the first time in a decade, with Brussels keen to press Israel on how to put in place a two-state solution to the Palestine-Israel conflict.

EU foreign policy chief Josep Borrell welcomed the recent support from premier Yair Lapid – who took part in Monday’s talks by videoconference – for a solution of this type.

It comes after public statements from Lapid supporting a two-state solution despite continued settlement expansions, seen as a major obstacle to peace between Israel and the Palestinians.

“This is also what we want to push for. We want the resumption of a political process that can lead to a two-state solution and a comprehensive regional peace,” Borrell said. “We have to explore how we can put this into practice.”

But Amnesty International’s EU office director, Eve Geddie, warned on Friday that “Israel is committing the crime of apartheid against Palestinians”.

“This is a crime against humanity requiring the EU to hold Israel’s leaders to account, and to ensure it in no way supports their apartheid system,” she said ahead of Monday’s discussions.

“Any cooperation must focus on dismantling Israel’s cruel system of oppression and domination.”

Geddie added: “Discussions around EU-Israel’s relations have been on hold for the past decade amid EU concerns over Israel’s disregard for international law and its unlawful settlement policy, which continues unabated.”

Amnesty concluded Israel is practicing apartheid against Palestinians in a landmark report published in February.

The EU-Israel meeting is the first time the two sides have held an “Association Council” since July 2012.

However, there is no short-term prospect for a resolution to the Palestine-Israel conflict.

Israel’s military occupation of the West Bank is now in its 55th year.

In the wake of Palestinian president Mahmoud Abbas’ speech at the @UN, where he reiterated the case for a two-state solution, @daoudkuttab argues that it is time for the US and other member states who support this plan to finally enact it ⬇
#UNGA https://t.co/nAsdvKiUKy

The last real negotiations ended many years ago, and critics say growing illegal Israeli settlements in the West Bank and elsewhere undermine any hopes for a two-state solution.

The occupied West Bank, Israeli-annexed East Jerusalem and the besieged Gaza Strip are recognised as Palestinian territories by the United Nations.

Palestinians seek a future independent state in these areas.

At the UN General Assembly last month, Palestinian President Mahmoud Abbas said that “our confidence in achieving a peace based on justice and international law is waning, due to the Israeli occupation policies”.

Speaking a day after Lapid, Abbas delivered a pessimistic assessment of diplomacy, saying a “frantic campaign to confiscate our lands” persisted, while the military “are killing the Palestinian people in broad daylight” with impunity.