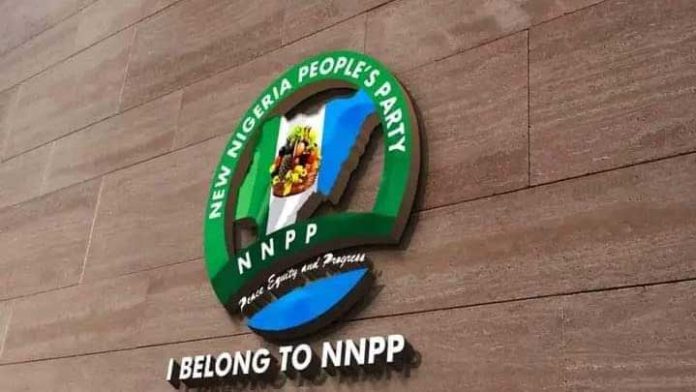 NNPP has called on INEC, to ensure that the 2023 general elections were free, fair, credible, transparent and peaceful.

The New Nigeria People’s Party, NNPP, has called on the Independent National Electoral Commission, INEC, to ensure that the 2023 general elections were free, fair, credible, transparent and peaceful.

The party in its independence message signed by its National Publicity Secretary, Agbo Major on Saturday, said the 2023 poll was critical to Nigeria’s survival.

Noting that Nigeria Nigeria has been in perpetual war, said it was time to change the narrative and consolidate the nation’s democracy.

The party said: “It was with justifiable pride that Nigeria gained Independence from British colonial masters on 1st October 1960. The nation moved with quiet dignity to her place on the world stage as the great arsenal of democracy in Africa.

“Our founding fathers, indeed Nigerians had a shared vision and dream of a united, stable, progressive, prosperous, equitable and just democratic nation. The country was respected and recognised as the giant of Africa. The oil boom of the 1970s brought enormous wealth to the nation. Naira had more value than the American dollar. Nigerians were proud of their nation.
“Today, the state of the nation is bad, terribly bad. No part of the country is safe. Nigeria has been in perpetual war. War against terrorism, insurgency, militancy, banditry, secession, kidnapping, corruption, marginalization, poverty and inept leadership.

Read More: Buhari asks ministers to resign if they are candidates 2023 elections

“It is time to change the narrative and consolidate our democracy. The 2023 general election is another opportunity to build a new Nigeria which the New Nigeria People’s Party represents. The party fielded credible, reliable and visionary candidates for various offices.

They are people-oriented and capable of delivering dividends of democracy that will assuage the sufferings of the populace and take the nation to a greater height.

“The tasks ahead are enormous and will require the political sagacity and tenacity of NNPP presidential candidate, Senator (Engr) Rabiu Musa Kwankwaso and his running mate, Bishop Isaac Idahosa to navigate the murky waters and rough terrains leading to our Promised Land. A new Nigeria is possible and realizable with NNPP.

“The party urges Nigerians to pray for the nation and also participate actively in the electoral process culminating in the emergence of new leaders that will pilot the affairs of the country in the next four years.

“INEC has a duty to ensure free, fair, credible, transparent and peaceful elections. The commission must guarantee the sanctity of the ballot box as power resides in the people. The integrity of the elections is critical for the survival of the nation.

“NNPP calls on stakeholders to be vigilant and resist any attempt to undermine the will and mandate of the people. We must get it right this time and deepen our constitutional rule.

“After 62 years of Independence, Nigerians need and deserve dividends of democracy, not carnage. The logo/symbol of NNPP of a basket full of farm produce is a reflection of abundance accruing to citizens if the party is voted into office in 2023”.

Witnessing the End of Democracy in Israel – Official