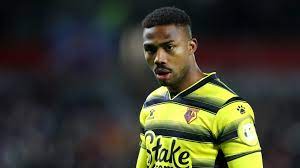 Ultimately  Emmanuel that is what makes football so special it is the highs as well as the lows. combed some of Europe’s best leagues to find players of Nigerian descent who would, unfortunately, be playing in a lower division next season.

The city of Venice in Italy is renowned for its beautiful canals and thriving tourist scene. However, the city recently added football to its attractions, with Venezia playing their first season in the Serie A.

Unfortunately for the newcomers, following an underwhelming campaign, they will be dropping back to Serie B. Lagos-born striker David Okereke has been one of the better players in the fold, contributing to the team’s attack with his physical approach and hold-up play.
Although he finished the campaign with just seven (7) goals, Okereke, who is on loan from Club Brugge, might have done enough to earn himself another season in the Serie A, with reports claiming that a few top-flight sides, with Genoa, in particular, considering a move for the striker.

Unlike Okereke, Tyronne Ebuehi has not made an indelible mark on his team. With a series of poorly timed injuries plaguing his time in Italy, Ebuehi made only 19 appearances across all competitions in what has undoubtedly been a difficult time in Venice.

Hopefully, in Serie B, he can find the form which convinced Venezia to sign him from Portuguese giants Benfica.

Former Super Eagles midfielder Joel Obi has suffered his second relegation in three years with Salernitana. Obi just signed a one-year deal with the newly-promoted side on a free transfer but was unable to help his new side to stay up.
It remains to be seen if he will stay with Saletinana, who has an option to extend the 16-capped Nigerian’s contract by one year.

Super Eagles forward Emmanuel Dennis has been one of the shining lights for recently relegated Watford. The striker, who only joined the Hornets last season from Club Brugge, has taken to the Premier League like a duck to water, terrorizing defenses with his direct running and eye for goal.
Contributing directly to the percent of Watford’s goals this season, Dennis has done more than enough to secure himself another season in the Premier League, with teams like Arsenal and West Ham reportedly targeting the 24-year-old striker.

It has been a difficult season for Oghenekaro Etebo. After impressing in the early parts of the season with his tough tackling and occasional flashes of brilliance in the middle of the park, he suffered an unfortunate injury that kept him out for four months.