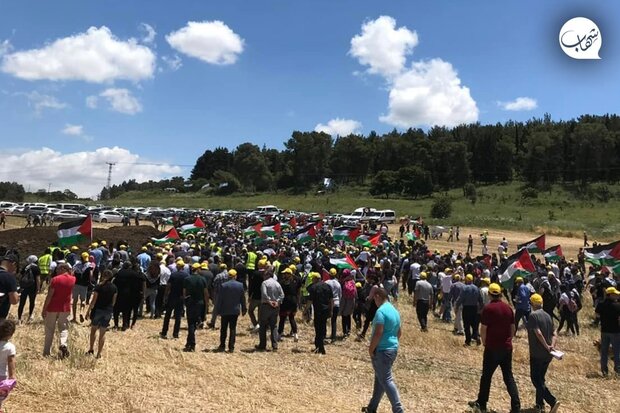 Dozens of Israeli settlers have stormed the al-Aqsa Mosque compound in the Old City of occupied al-Quds under the protection of the regime’s forces as Palestinians are commemorating the 74th anniversary of Nakba Day.

The official Palestinian news agency Wafa reported that the settlers entered the compound through the Moroccan Gate in the early hours of Sunday to mark a Jewish religious occasion.

They performed Talmudic rituals at the site, which is venerated by Jews, Christians, and Muslims.
Wafa added that dozens of Muslims continued to perform the Duha prayer concurrent with the settlers’ provocative incursions.

Every year on May 15, Palestinians mark Nakba (Catastrophe) Day, the date when more than 700,000 Palestinians were forcibly driven from their homes as Israel proclaimed its illegal existence in the occupied territories in 1948.

Israeli forces are on high alert throughout the occupied territories as Palestinians mark Nakba Day.

Palestinian activists and local residents of al-Quds have called for a greater presence of Muslim worshipers at the al-Aqsa Mosque courtyard to confront settlers’ constant incursions into the holy site and thwart the Tel Aviv regime’s Judaization plans in the occupied city of al-Quds.

The Gaza-based Hamas resistance movement on Saturday warned Israel of a “clash” as it urged Palestinians to flock to the al-Aqsa Mosque compound for Nakba Day.

“The extremist statements calling on [Jews] to storm the al-Aqsa Mosque on Nakba Day and the approval of the occupation forces to do so are a dangerous escalation that constitutes a provocation toward our people and our feelings that will lead to a clash that the Zionist occupier will be held responsible for,” Hamas spokesman Hazem Qassem warned in a statement.

The warning follows weeks of increased tensions and frequent clashes between Palestinians and Israeli troops in the occupied city of al-Quds.

The warning also comes following the death of veteran Palestinian journalist Shireen Abu Akleh, who was fatally shot by Israeli troops on Wednesday as she was covering an army raid on the Jenin refugee camp in the northern part of the occupied West Bank. 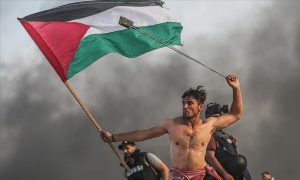 READ ALSO: 7 reasons why you should visit Tanzania

Hardline Israeli legislators and settlers regularly storm the al-Aqsa Mosque compound in the occupied city, a provocative move that infuriates Palestinians. Such mass settler break-ins almost always take place at the behest of Tel Aviv-backed temple groups and under the auspices of the Israeli police in al-Quds.

The Jewish visitation of al-Aqsa is permitted, but according to an agreement signed between Israel and the Jordanian government in the wake of Israel’s occupation of East Jerusalem al-Quds in 1967, non-Muslim worship at the compound is prohibited.

Back in early October last year, an Israeli court upheld a ban on Jewish prayers at the al-Aqsa Mosque compound, after an earlier lower court’s decision stirred outrage among various Palestinians and across the Muslim world.

Judge of the district court in al-Quds Aryeh Romanov on October 8 confirmed that Jews are barred from worshiping openly at the site, and only Muslims are permitted to pray there.

In May 2021, frequent acts of violence against Palestinian worshipers at Al-Aqsa Mosque led to an 11-day war between Palestinian resistance groups in the besieged Gaza Strip and the Israeli regime, during which the regime killed at least 260 Palestinians, including 66 children.

Meanwhile, UN High Commissioner for Human Rights Michelle Bachelet on Saturday called for accountability and an end to the Tel Aviv regime’s impunity as Israeli troops press ahead with their acts of aggression against Palestinians across the occupied lands.

Bachelet said in a statement that she was following “with deep distress” the events in the occupied West Bank, including East al-Quds.

“Footage of Israeli police attacking mourners at the funeral procession of journalist Shireen Abu Akleh in East Jerusalem (al-Quds) on Friday, May 13, was shocking. Reports indicate that at least 33 people were injured,” she said.

Bachelet said the Israeli use of force, which was being filmed and broadcast live, appeared to be unnecessary and must be promptly and transparently investigated.

“There must be accountability for the terrible killing not just of Shireen Abu Akleh, but for all the killings and serious injuries in the occupied Palestinian territory,” she said.

The UN rights chief also reported that 48 Palestinians have been killed by Israeli forces so far this year.

The latest death occurred on Saturday when a young man called Walid al-Sharif, succumbed to injuries sustained during clashes last month at the Al Aqsa Mosque compound in al-Quds.

“As I have called for many times before, there must be appropriate investigations into the actions of Israeli security forces,” Bachelet said.

“Anyone found responsible should be held to account with penal and disciplinary sanctions commensurate to the gravity of the violation. This culture of impunity must end now,” she pointed out.