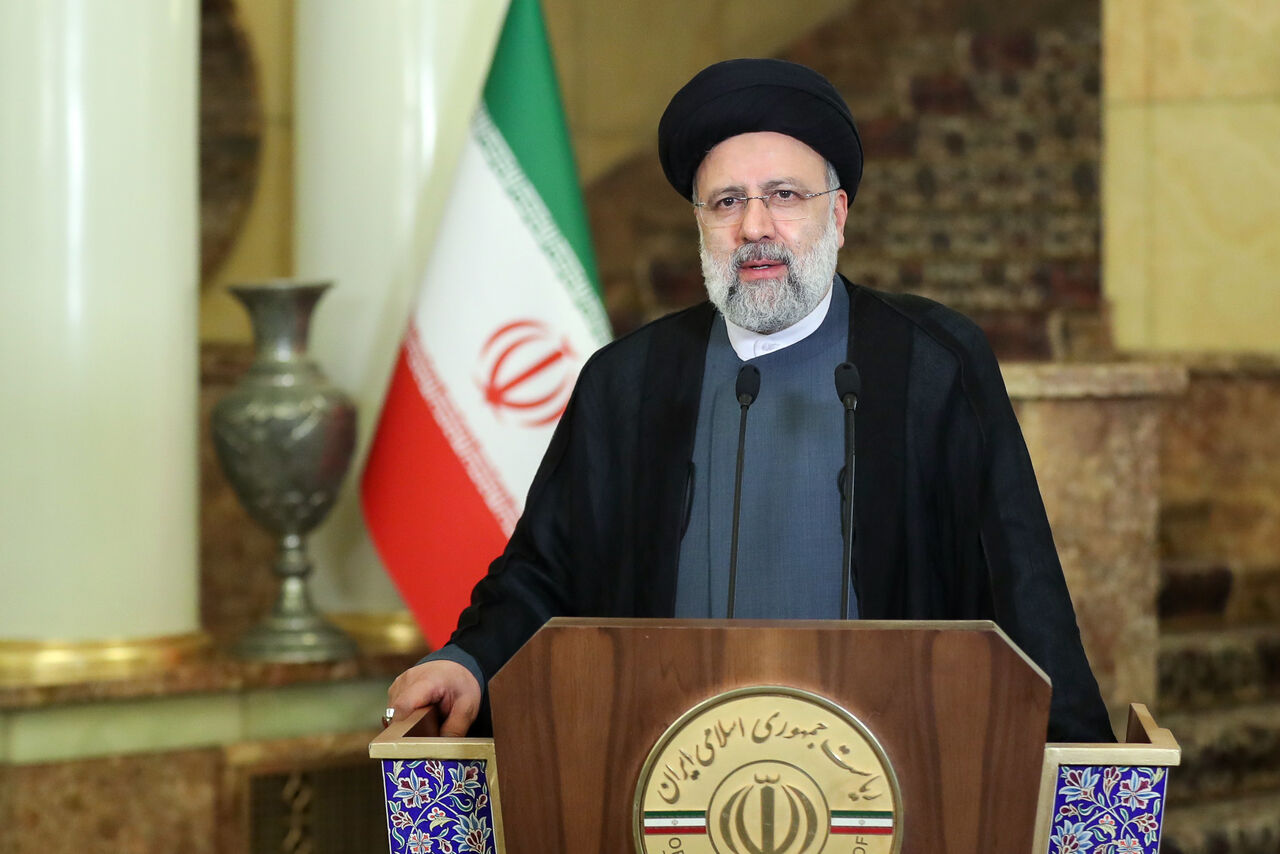 Iranian President said that what determines the future of the region and Palestine is not the negotiating tables and pacts but the resistance of nations is the determining factor of the new regional order.

“What we are witnessing today in Western Asia, which is the result of the resistance of nations against domineering powers and aggressors, is what the Leader of the Islamic Revolution had predicted,” said Ebrahim Raeisi in a meeting with President Bashar al-Assad of Syria on Sunday.

Commemorating the martyrs of the resistance from Syria and Iran, including Lt. Gen. Qasem Soleimani, and appreciating the bravery of the World of Islam fighters against terrorism, the President said, “Like your father, you are one of the figures of the Resistance Front.”

Referring to the political and security developments in the region in the last decade, Raeisi emphasised, “The warriors of the resistance have proved that they are a reliable force for establishing stability and security in the region, including in Syria.”

Emphasising the need for all countries to respect Syria’s sovereignty and territorial integrity, the President said, “Iran stood by the Syrian people and government when some Arab and non-Arab leaders in the region were betting on the time of the fall of the Syrian government.”

Raeisi noted that the bravery of the Syrian Army and national defence forces and Islamic Resistance fighters in the region, especially the heroic Hezbollah, played a key role in drying up the roots of ISIL and other terrorist groups that threatened the security of the entire region.

He expressed regret that important parts of Syrian territory are still occupied by foreign forces, adding, “The whole of the Syrian land must be liberated from foreign occupiers. This occupation should not be subject to the passage of time, and the occupying forces and their mercenaries should be expelled.”

Referring to the Israeli aggression, the President stressed, “The threats of the Zionist Regime in the region should be addressed by strengthening and diversifying the deterrence equations.”

Elsewhere in his remarks, referring to the need to strengthen cooperation and coordination between the two countries, Raeisi emphasised, “The serious will and desire of the Islamic Republic of Iran is to improve the level of cooperation and relations with Damascus, especially in economic and trade fields.”

The President stressed that the resistance of the Syrian nation against terrorism and takfiris is admirable, saying, “What determines the future of the region and Palestine is not negotiation table and pacts like Oslo, Camp David and the Deal of the Century, but the resistance of nations is the determining factor of the new regional order.”

Syrian President Bashar al-Assad, for his part, stressed the role of the Islamic Republic of Iran in the fight against terrorism in the region, noting that his country is ready for wider coordination with Iran in the security, political and economic fields, saying, “In the years of resistance and confrontation with Western and Takfiri aggression, Iran was the only country that stood by us from the beginning.”

Bashar al-Assad described the relations between Syria and Iran as strategic and stated, “Developments in the region after a decade of war against the axis of resistance, have shown that resistance is effective and fruitful.”