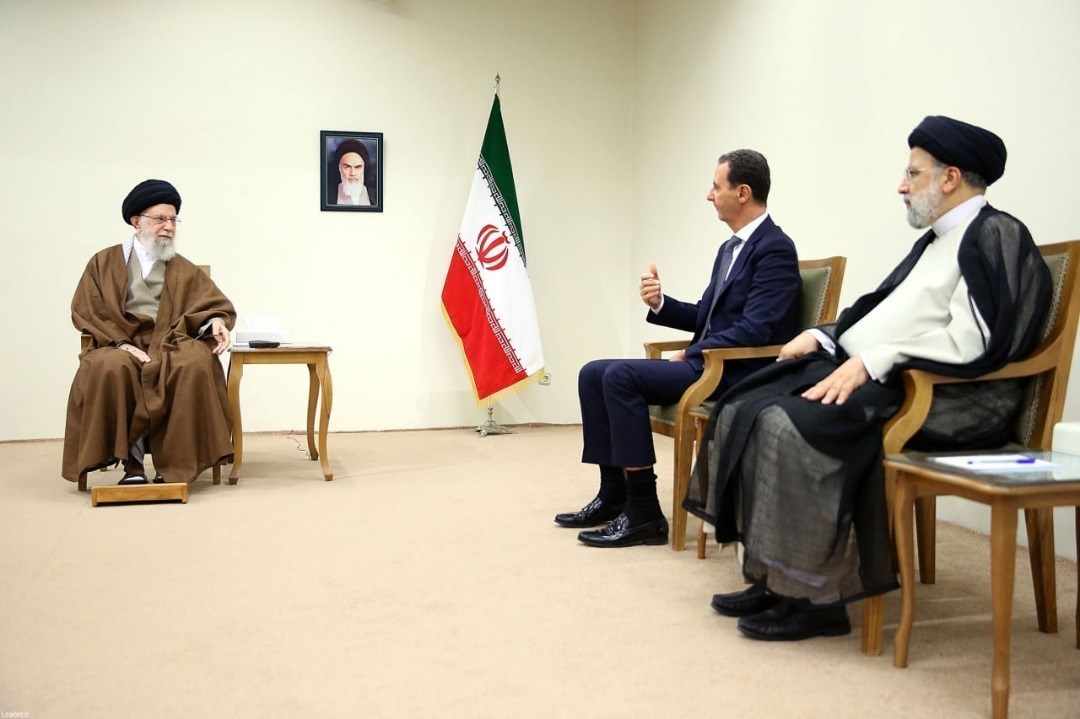 Leader of the Islamic Revolution Ayatollah Khamenei told the Syrian president Bashar Assad in Tehran Sun. that Syria gained more credibility after the victory in the foreign-backed war on the country.

According to the latest reports by the Iranian media, the Syrian president returned home after meetings with the Leader of the Islamic Revolution and the Iranian President.

This was the second time that the Syrian president visits Iran after the war on Syria by the Takfiri terrorist groups began in 2011.

Assad last visited Iran on February 25, 2019, after the success in the fight against Takfiri terrorists and restoring relative peace to his country with Iran and Russia’s support.

In the meeting which was also attended by President Raeisi, the Leader hailed the Syrian president for his steadfastness during the foreign-backed war on the country and said that “Syria today is not like the Syria before the war, although there were no destructions then, but Syria’s credibility and prestige is much higher now as compared to the past, and everyone looks up to this country as a power.”

Ayatollah Khamenei further said while nations in some countries in the region condemn their rulers for normalizing relations with the Israeli regime, the people of these countries poured into the streets in large numbers on International Al-Quds Day to chant anti-Zionist slogans, which shows the reality of the region today.

He described Assad as a determined ruler wishing more success for him in the reconstruction of Syria in the post-war era with God Al-Mighty’s help.

Ayatollah Khamenei further recalled Martyr Qassem Soleimani, saying that the marry paid special attention to Syria and its war on terrorists similar to the sacrifices he made during the Iraqi imposed war on Iran.

The Leader also stressed that the relations between the two nations of Iran and Syria need to be strengthened.

He also said that the Iranian president and his administration pay special attention to Syria, calling on the Syrian government to seize the opportunity to enhance the bilateral relations between the two countries.

The Syrian president, for his part, hailed the Iranian resistance over the past four decades and expressed his gratitude to the people and government of Iran for their support of his country. He also recalled the sacrifices that martyr Soleimani made for his country.

“Iran’s steadfastness and firm stances in the past four decades on regional issues, especially the issue of Palestine, showed every nation in the region that the path showed by Iran is a right and principled one,” Bashar Assad said.

He also hailed the Iranian Leader for continuing the path laid by Late Imam Khomeini in support of the nations in the region, particularly the Palestinian nation.

“What prevented the Zionist regime of Israel from gaining the rule over the region is the strategic relations between Iran and Syria, which must continue with might,” president Assad concluded.