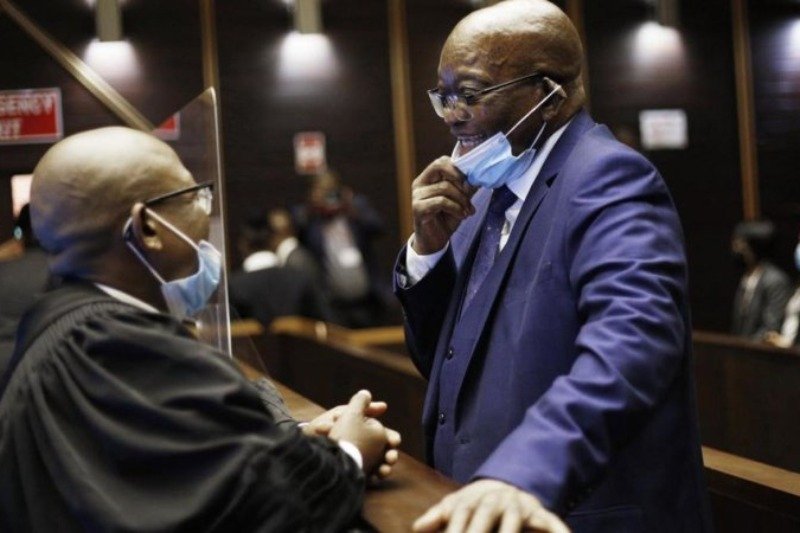 A South African court has adjourned the trial of former president, Jacob Zuma after the former leader applied for a postponement to appear in person rather than virtually.

His lawyer Dali Mpofu on Tuesday told the court that the trial should be postponed for Zuma to appear in person as opposed to virtually.

According to him, the former President has not been able to properly consult his legal team after handing himself over in the early hours of July 8 to start a 15-month prison sentence for contempt of court.

The court, however, adjourned the trial to August 10.

Recall that the constitutional court ordered that former South African President, Jacob Zuma be jailed for refusing to give evidence at an inquiry into corruption during his nine years in office from 2009.

The ex-president, who is been accused of receiving bribes over a $2 billion weapons deal in the late 1990s, initially resisted arrest but later turned himself in on Wednesday.

Following the arrest of Zuma, who wields support among the poor and among loyalists in the ruling African National Congress (ANC), protests broke out in the country.

The protests quickly turned into looting as crowds pillaged shopping malls and warehouses, hauling away goods as police stood by, seemingly powerless to act.