Melaye made this known in a video shared on his official Twitter page.

He highlighted that every Nigerian deserves the certificate because they have survived banditry, kidnapping, hunger and killings.

He said this at a function recently.

According to the Kogi lawmaker, being alive as a Nigerian despite bandits’ attack, kidnapping and hunger after Buhari’s tenure, deserved commendation. 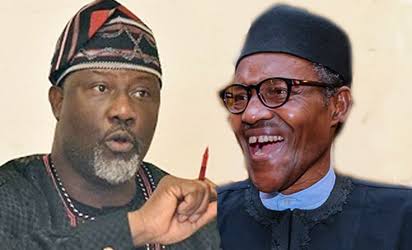 Melaye in the video said: “I want to propose that at the expiration of Muhammadu Buhari as the President of Nigeria, due to hunger, bandit killings, kidnapping:

“Any Nigerian that survive I want to move a motion that every Nigerian be given certificate of survival.

“May God stand by us and give us anointing to continue to speak the truth.”

Recall that some students of Bethel Baptist school, Kaduna State are still being held captive by their abductors.

The students were abducted by bandits in the early hours of Monday, 5th of July.

One of the students was, however, released on Monday, 19th July on health grounds.